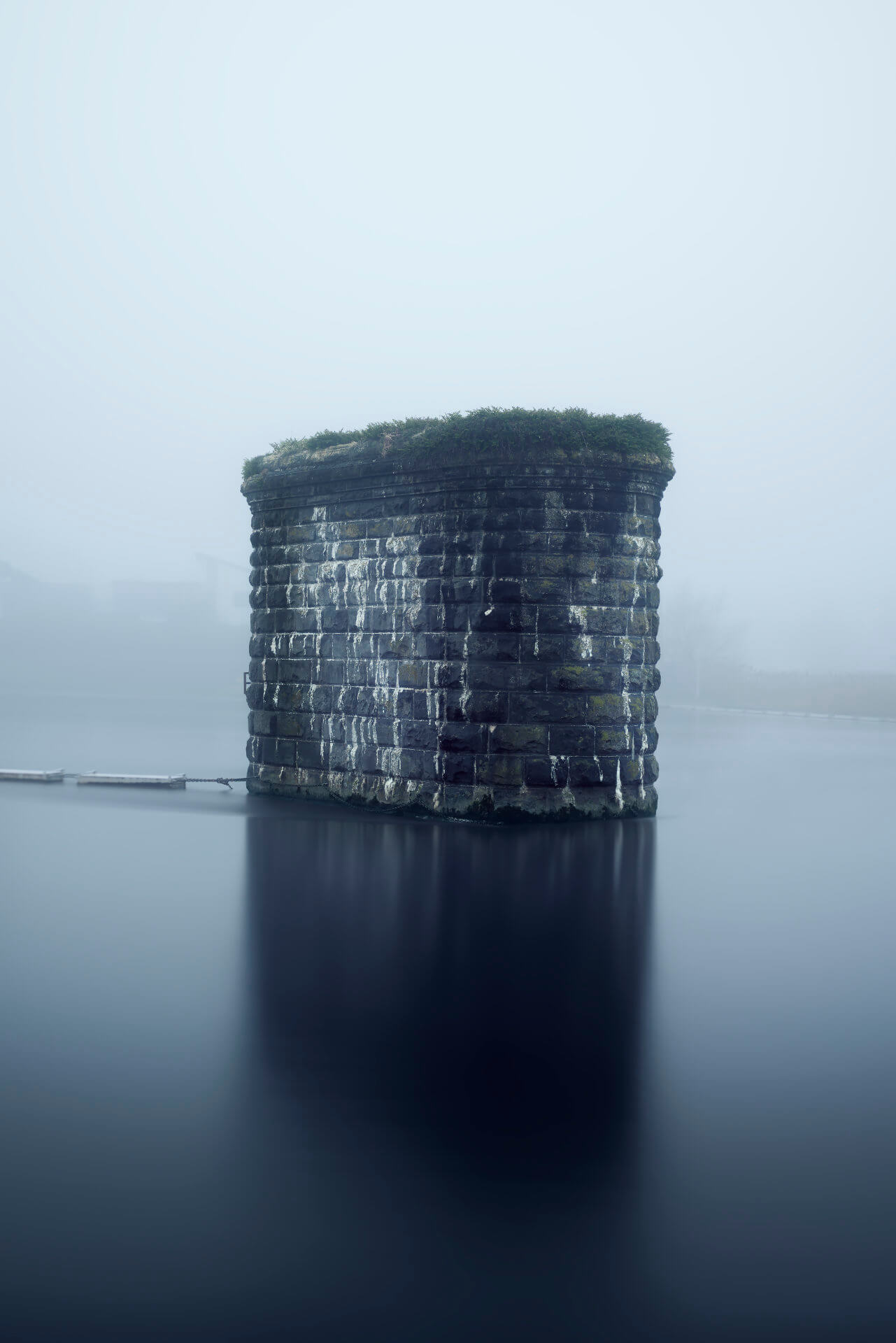 I’d just gotten myself a new shutter release remote control and was waiting for an opportunity to try it out. Happily I got my chance on a Sunday morning with a few hours of lovely thick fog over Galway. I headed down to Woodquay where the stone supports that used to hold the Corrib Viaduct are situated. They are interesting structures in the middle of the river that used to hold the Galway to Clifden railway line.

There are three of these pillars but unfortunately the more photogenic ones (the ones with an arch in the centre) are situated on the opposite and harder to access side of the river. Ironically the foggy conditions that I required in order to get the images I wanted made photographing them unachievable.

Whilst photographing the closer of the pillars I noticed that a nearby lampost looked quite nice against the backdrop of the river, so decided to take a few shots of that. 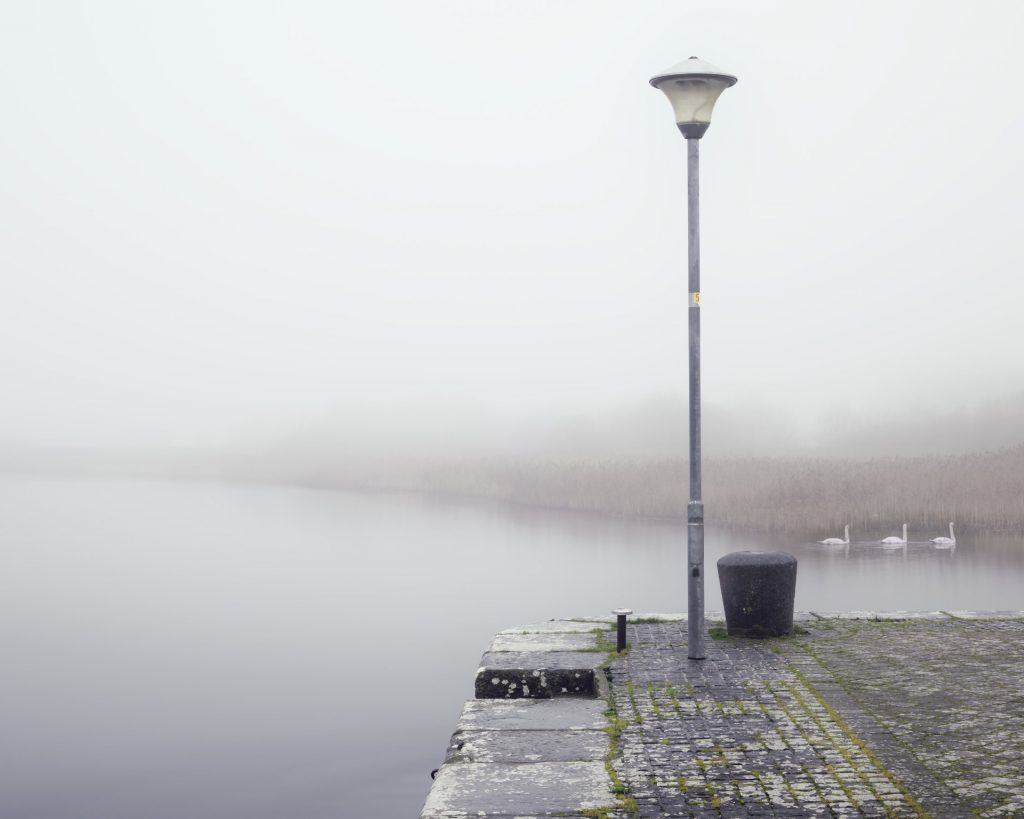 While the camera was taking a long exposure a group of swans swam towards the quay and I knew they’d look good in the image, so I quickly unscrewed the neutral density filter and got off a quick few shots before they had swam out of frame. When processing the image I dropped the swans into the long exposure shot and the result is pretty seamless, even if I do say so myself.

From my new position on the quay I found that I preferred the angle from which I could now see the pillar and took some more photos.

However the fog was starting to lift at this point and I found when I sat down at my computer that the background was too messy for my liking. I have tried to compensate for this with a bit of blur and other tricks but I’m not entirely happy (although it does look a bit dream-like).

On the other side of the river the whole time were lots of student rowers who were paddling upriver in large kayak type things. Their presence meant that there would be access to the pillars that I was most interested in (as the usually locked gates would be open), so I decided to head over.

Unfortunately I discovered that the opposite side of the pillar is very untidy with cables and other detritus. So much so that I wouldn’t even be able to clean up the shot with imaging software, so I decided to leave it.

There are one or two other points on the river from which I could possibly get some shots so I will wait for another foggy morning and try again.