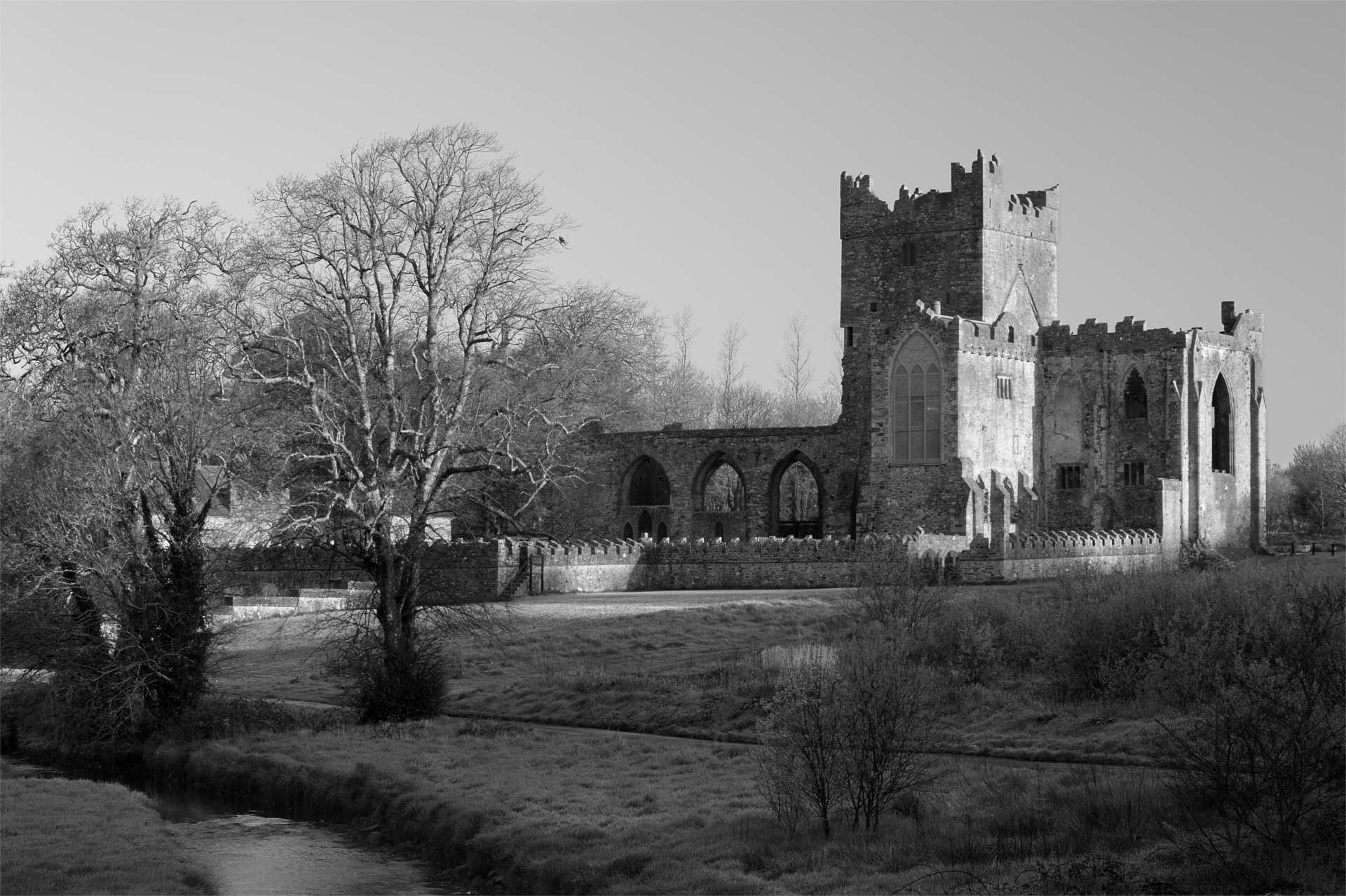 When I was around 23 years old I worked in a Cash & Carry in Cardiff and one day I was taken from my normal job on the tills and told to accompany the delivery driver on his rounds instead. I liked my job as it was, but being given a different role to do for the day was very enjoyable; and I didn’t even have to drive!

We spent the morning delivering to shops in the Cardiff suburbs, but in the afternoon we headed out towards businesses in the Wye Valley, somewhere I hadn’t been to previously. We rounded a corner on a road high up the valley and there at the base of a sweeping view I saw Tintern Abbey for the first time. It’s a view that has stayed with me and one that I hope to capture through a lens one day.

Around 5 years later I was living in Dublin and was seeing a girl from Wexford, and it wasn’t long before we made our way to her neck of the woods so that I could meet the family and see where she came from. This is when I discovered that there’s a Tintern Abbey in Wexford too – 5 minutes from where she grew up – and that it was built by the same monks.

I’ve been going down to Wexford once or twice a year since then and I first saw the view above in the company of my brother-in-law and my two nephews; I wanted to capture the view on camera but the building was covered in scaffolding due to a recent fire.

Last week my family and I took the long drive from Galway to Wexford and the first thing I did when I arrived was to check whether Tintern Abbey was back to normal, and as you can see, it was. So I took a compass reading to see where the sun would rise and then kept my eye on the weather report for a clear morning.

I planned this to be my last shoot before the summer and it was a fine morning to be out of bed early, with the mist rising off the river and all sorts of birdlife flying in and out of the scene.