The Beast from the East 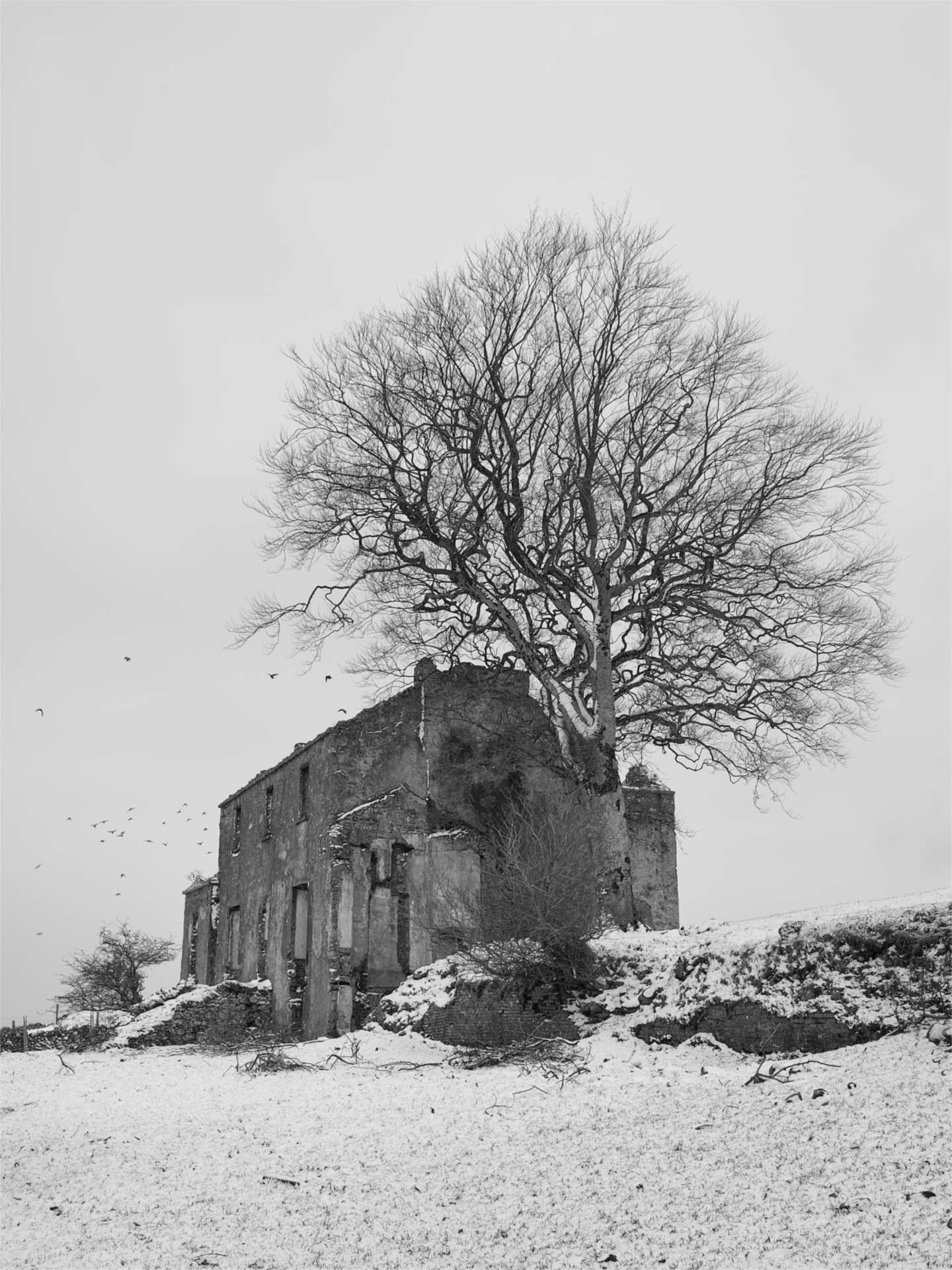 Landscape photographers love snow. When I heard the first reports of ‘The Beast from the East’ I was looking forward to the first proper snowfall in years.

The initial reports were that the east coast would get the most snow and that Galway would possibly not be affected. Luckily for me (or so I thought at the time), I was going to a gig in Dublin on the Tuesday, with the snow to start that night and the worst of the storm to hit on the Thursday.

I figured that I’d get to bed straight after the gig, rise early, get a few shots near where I was staying in Leixlip and from there head to Trim and then on to Mullingar, after which I’d be clear of the counties which had a Status Orange warning and home free.

However, The Beast arrived early. When I awoke, the world – including my car – was under a thick blanket of snow and it was now a Status Red. I had to get home by the most direct route before I got stuck.

The journey home was eventful. I don’t think I’ve ever had both hands on the steering wheel staring so intently at the road ahead for so long. When you have to use the hand brake to stop the car when your foot brake and steering aren’t responding anymore it’s a relief when you get through it.

Safely at home the weather forecast informed me that the snow would come to Galway properly on the Friday. It struck early again though and I had to come home from work for the nationwide curfew. In hindsight I should’ve been out with my camera that day while it was snowing and the roads weren’t too bad yet. I didn’t leave the house at all on Friday as the whole country was Status Red and by Saturday I was starting to worry that I wouldn’t be able to get any photos of the snow. So much so that I went for a long walk with my camera bag, but didn’t get anything other than very tired.

By Sunday the weather had improved enough that I felt reasonably safe to venture out in the car. My options were limited though as I didn’t want to go too far from my house in case I couldn’t make it back. From the information that I was gathering I knew that the roads were too bad to the east and the south and to the west there just wasn’t much snow, so I headed north to a ruin of a country house I’d spotted before on the N17 just past Tuam.

I enjoyed myself immensely wandering around taking shots of skeletal trees against a white backdrop but ultimately the trees were either boring or just plain ugly. The only decent shot I got was the one below. The next day the snow was halfway to disappearing and I’d missed my chance.

The thing about snow is that it’s very enjoyable to photograph as it makes compositions really simple and processing the images afterwards is highly rewarding but it is so much a case of being in the right place at the right time.

Posted on March 04, 2018 by aledowenthomas in Landscape
black and whitegalwayirelandsnowtuam