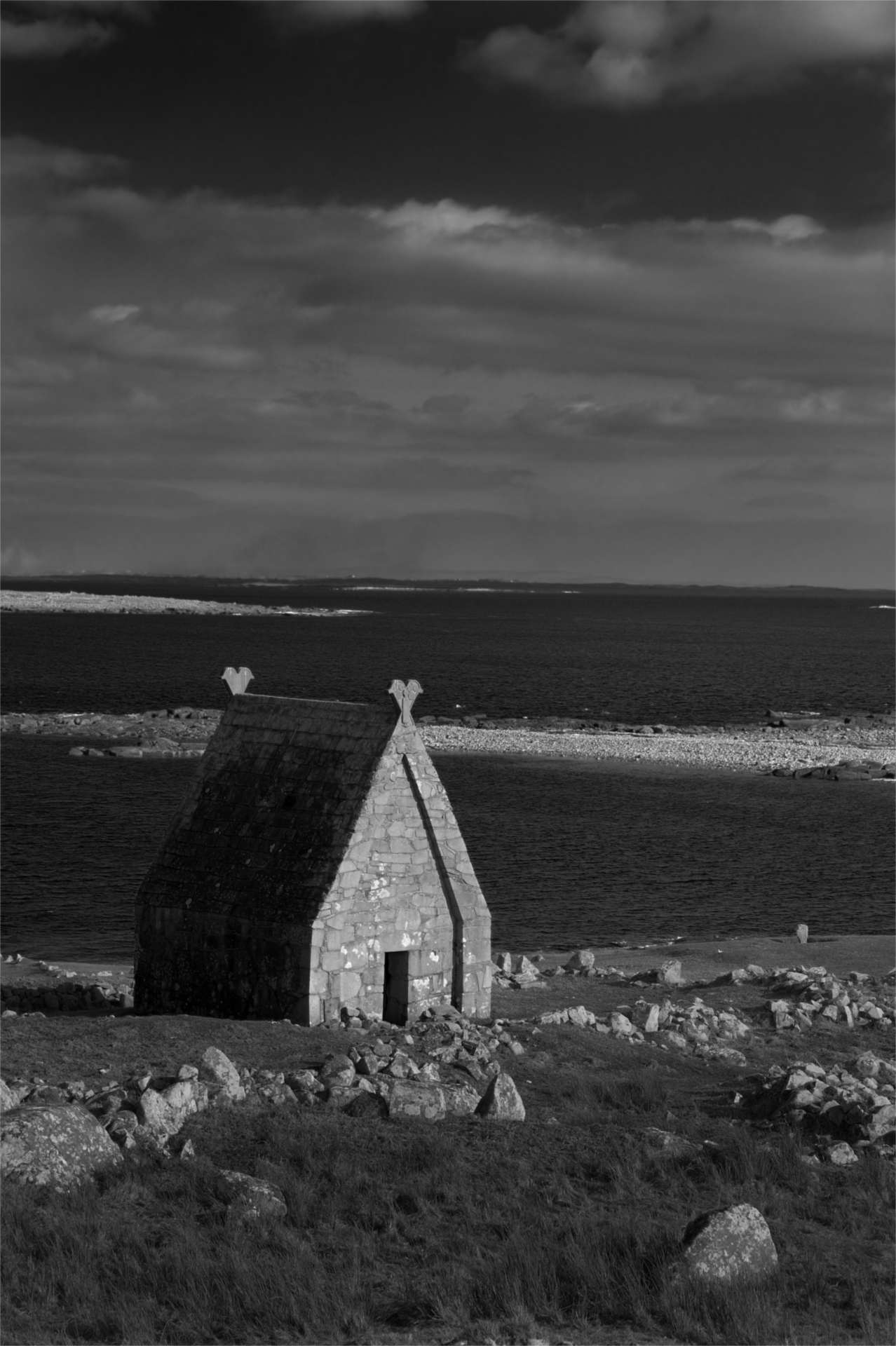 Saint Macdara lived on an island off the South West coast of Connemara in the 6th century, where stood a wooden church. At some point the wooden structure was replaced by a stone church which remains one of the best preserved examples of early Christian buildings. The island

is only about a kilometer long and apart from a flock of sheep it’s deserted. Every 16th of July (weather permitting) boatloads of people head out to the island to hear Mass outside the church.

As it happens I have a friend who lives nearby so I asked him to organise a boat to take us out there. We made our way to Saint Macdara’s Island in a currach while my friend Seán chatted with the skipper in Irish as we bashed through the waves.

After a 20 minute ride Seán and I hopped out on to the rocks and the skipper told us he’d be back in 2 hours to collect us. First we walked the coast – which took all of 5 minutes – before I set about photographing the church.

When it came time to be collected we stood above a tiny beach and scanned the horizon while we waited. As time passed our eager eyes were mistaking rocks for small boats and we started to become uncomfortable as there was no sign of our only way off of the island. What had seemed like a bit of craic was starting to take on all the classic signs of a foolhardy mistake. I wondered whether the coast guard helicopter would airlift my camera bag as well.

We paced around the island to try and take our minds off the fact that all we had was about a litre of water and no means of making a fire, and of how pissed off our wives would be if we had to tell them that we were actually stuck on a deserted island and could they text us the score of the rugby.

Our trusty currach did eventually return and the journey back was a pleasant one with the sun slowing setting behind us. After which Seán and I had the whiskey that we’d promised ourselves should we manage to make it home without having made fools of ourselves. 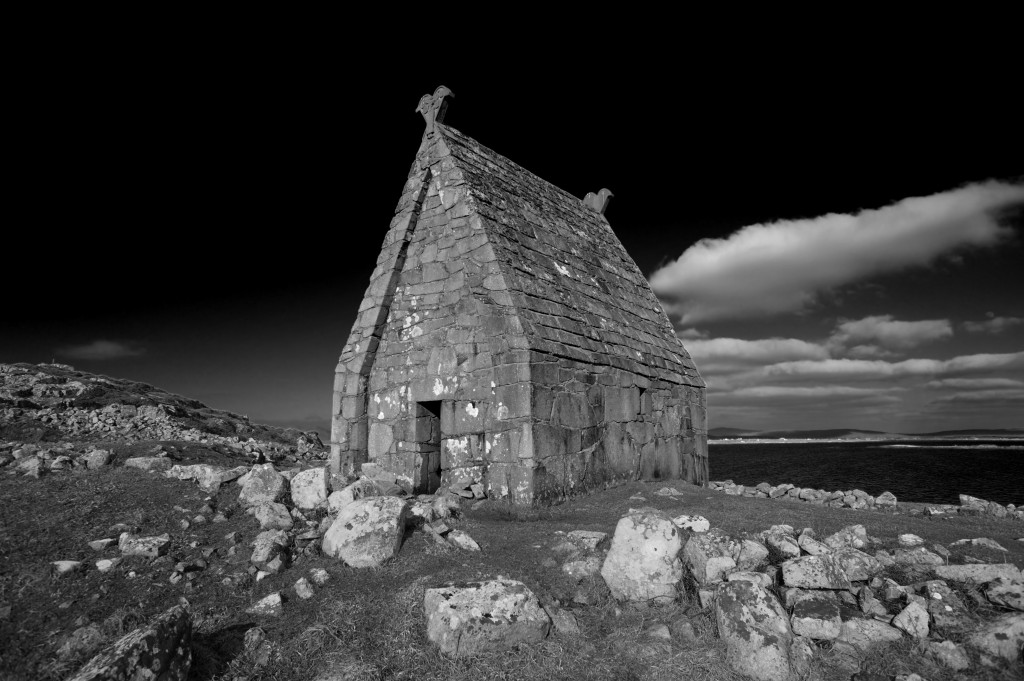