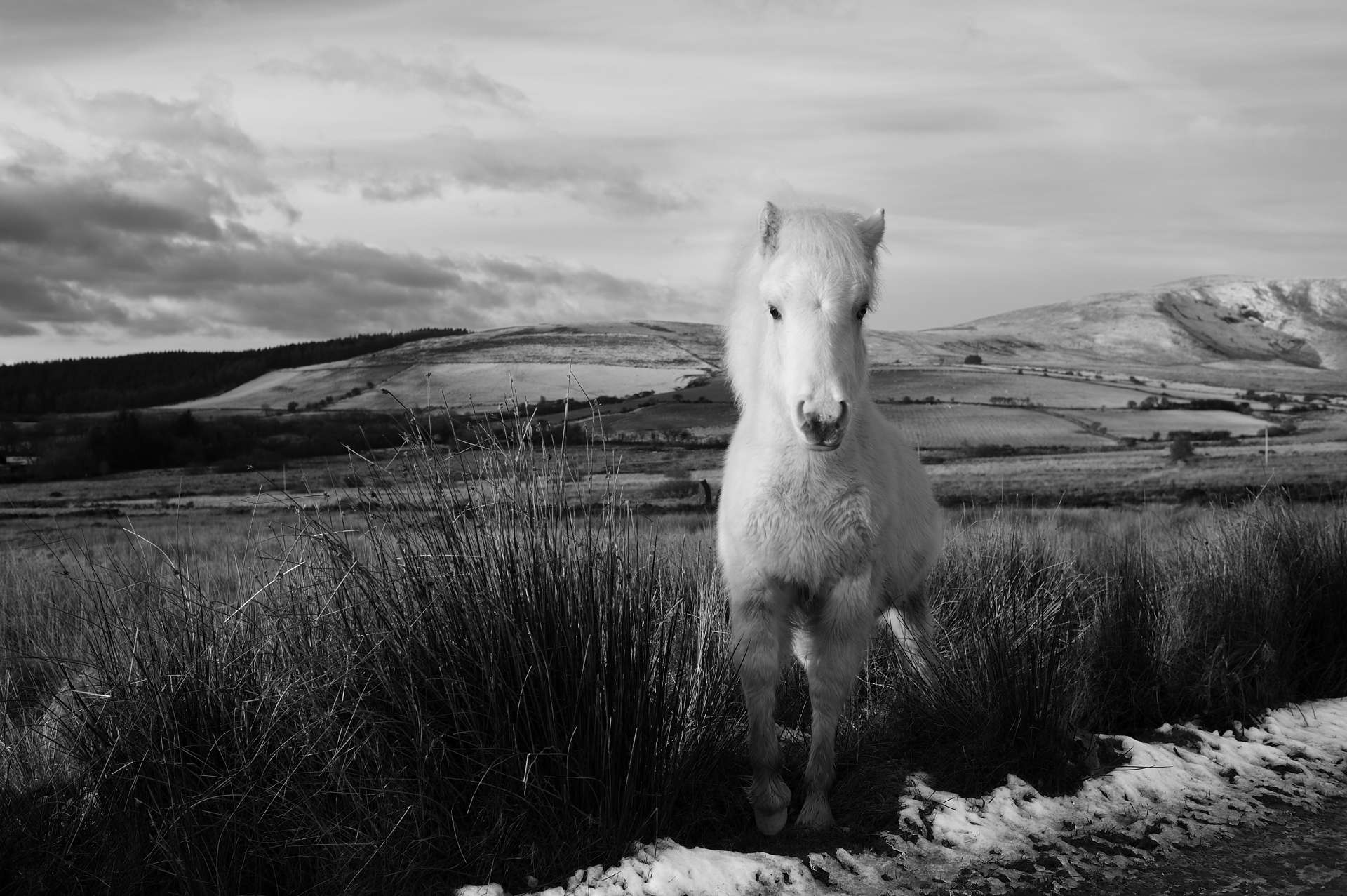 After the longest absence yet since I left for a new life in Ireland, I recently visited my hometown in Wales for a week over new year’s eve. It being winter I was going to be spending as much time as I could get away with taking photos. The conditions on the first 3 days were outstanding and I would have happily spent all day snapping away, but I’d decided to limit myself to one location at each day’s dawn in order that I’d still be able to spend time with family and friends.

Before moving to Ireland, when I lived in West Wales, I only worked 3 days of the week and spent the remaining days driving around Pembrokeshire and Carmarthenshire photographing Neolithic stone monuments. It’s how I cut my teeth doing what I do now. So I thought it would be interesting to revisit some of those locations. I am well aware of how much I’ve changed as a person since 2006/7, I wanted to see if I could learn something from how much I’ve changed as a photographer.

Now obviously my skills will have improved in 8 years, and I’m using far better equipment (although I’m still using the same Manfrotto tripod). It would be pointless to compare the images by such parameters, so I won’t. I should also point out that I hadn’t looked up the old images beforehand so I was recreating them from memory.

Dawn doesn’t happen particularly early in late December/early January and my parent’s house is close to the locations I had in mind, but still I was late getting to Gors Fawr stone circle. While I used to know these roads like the proverbial back of the hand, that was 8 years ago. I’d drive through a village which was still familiar but the next one I couldn’t remember. After numerous wrong turns I got to Gors Fawr just as the sun was peeking over the horizon. The snow-covered hills were pink so I rushed to get set up. I needed the sun to rise to illuminate the stones which meant the hills didn’t remain pink unfortunately, but the light was fantastic. There wasn’t a cloud in the sky and it was a crisp and clear morning. I had to move to a different position to that from which I shot from in the original image as the sun was rising directly behind me and casting my shadow into the image.

The conditions for shooting were near perfect but when it came to editing the images I didn’t find one that appealed to me. The problem is that the stones just don’t stand out against the frozen ground. In the original image the wet stones are distinctive from their surroundings, even if the processing is awful compared to my current standards. So the lesson to learn here is that despite deliberately utilise the best light of the day and the accumulated experience, sometimes you just have to be lucky. 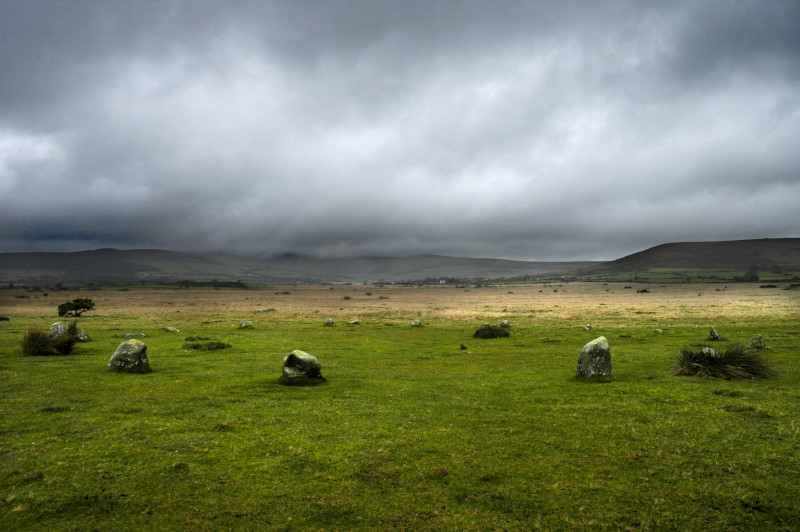 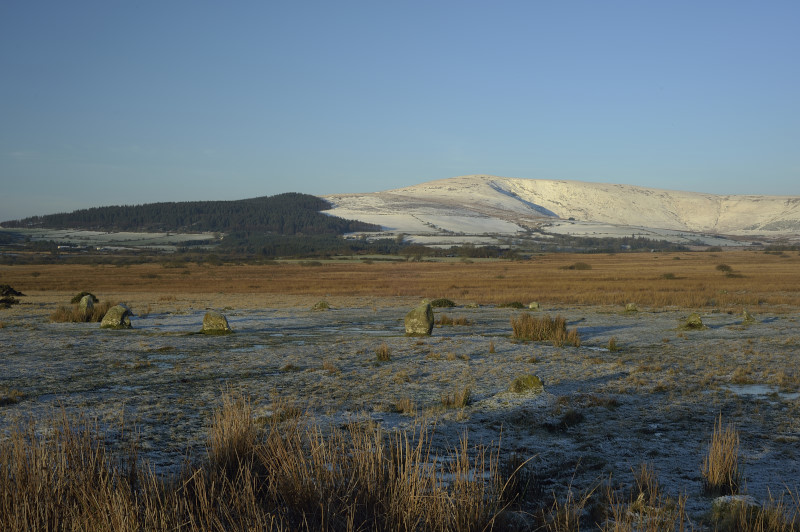 I’m used to being on my own when taking photographs so it was with disappointment that I noticed a pair walking down the path leading to the burial chamber after I’d been there a little while, one of which had a tripod slung over his shoulder. I should have expected it due to Pentre Ifan being a well known site and it being the holiday season. Thankfully the pair hopped a fence so didn’t get in my way and later when someone else turned up with their camera he didn’t stop for long (probably because it was freezing).

What this set of images made me realise is that my attitude to the images has changed. 8 years ago although I obviously wanted to get a great photo, I was more concerned with documenting the subject, whereas now my chief aim is to convey a feeling.

Also, recently I’ve moved away from using wide lenses and back then that’s all I’d use. The distortion of the subject from the use of a wide angle is evident in the original images when compared to the new. 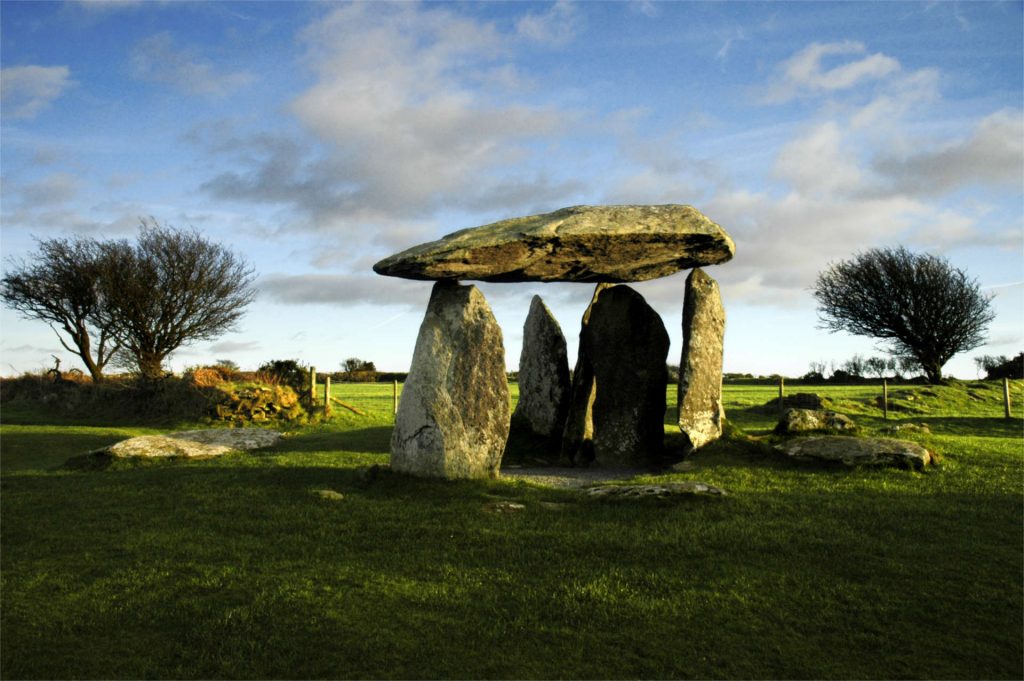 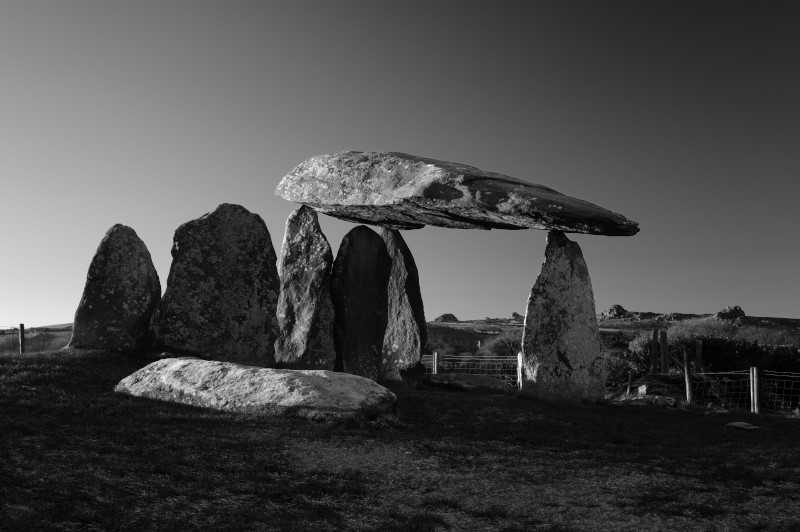 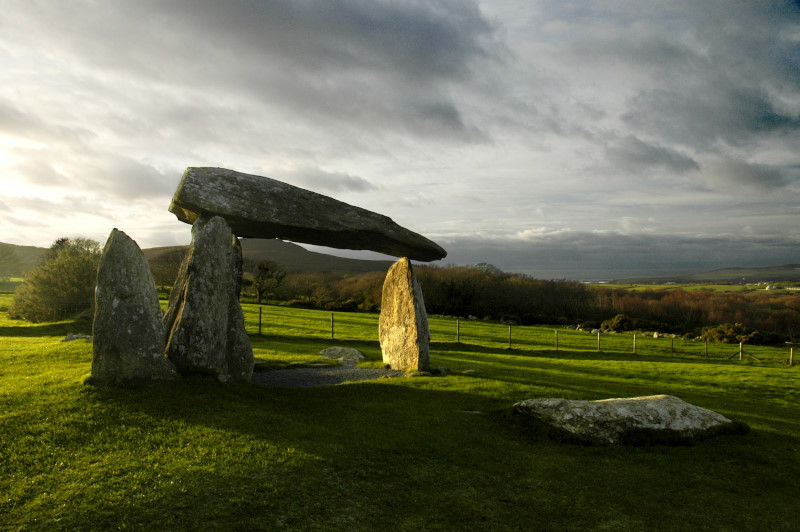 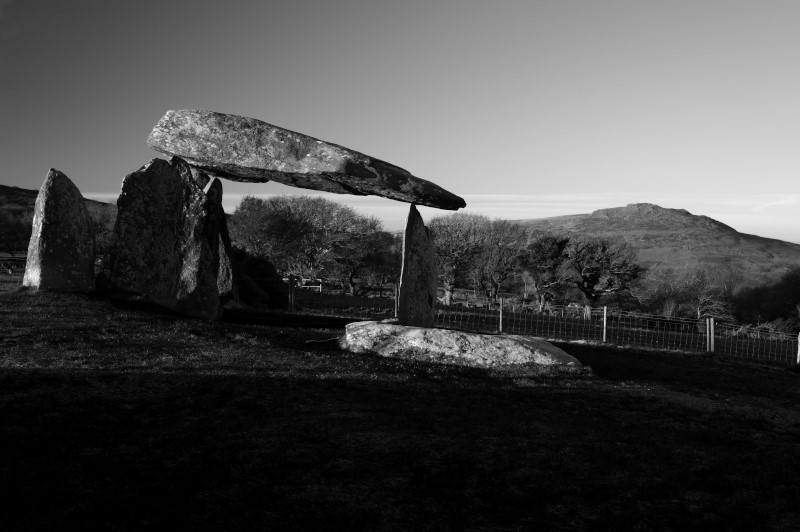 This stone pair has a special meaning to me in terms of my photography. It was here that I first realised the value of waiting for the light. I remember that I was completely unable to get a decent exposure of the scene, if I exposed for the stone the sky was blown out and if I exposed for the sky the stone was completely underexposed. It was as I was scratching my head that the clouds parted and the sun illuminated the entire scene evenly, as if I were being taught a lesson by nature itself. I took a shot and got a perfect exposure. It was the biggest eureka moment I’ve ever had as a landscape photographer.

When I returned exactly the same thing happened, the only difference this time was that I was waiting and hoping that it would. The sunlight hit the stone with such intensity that they glowed almost unnaturally, it was quite strange. I wonder whether it’s something unique to the type of stone.

I had intended to shoot the stones using my trusty 50mm lens, but surrounding gorse bush made this impossible, so I attached my 35mm which actually makes the focal length closer to the original (27mm with the crop factor of my old Nikon D70).

I screwed an ND filter to the front of the lens to capture some long exposures. With the sun cooperating nicely by making the stones glow for long periods and a good breeze moving the clouds along at a fair clip, I was getting some really nice stuff.

I’d been shooting with the camera at about eye level but decided to take a few shots from a low angle (low and wide being my preferred method back in the day). When it came to editing the images I found that the low angle worked so much better, but unfortunately all the great captures of rolling clouds had been taken with the camera at the higher vantage point.

In the past I would take a shot from every conceivable angle, now I have a much better understanding of what will work. However, what I’ve learnt from my return to Cwm Garw is that I need to dedicate more time to find the perfect composition. 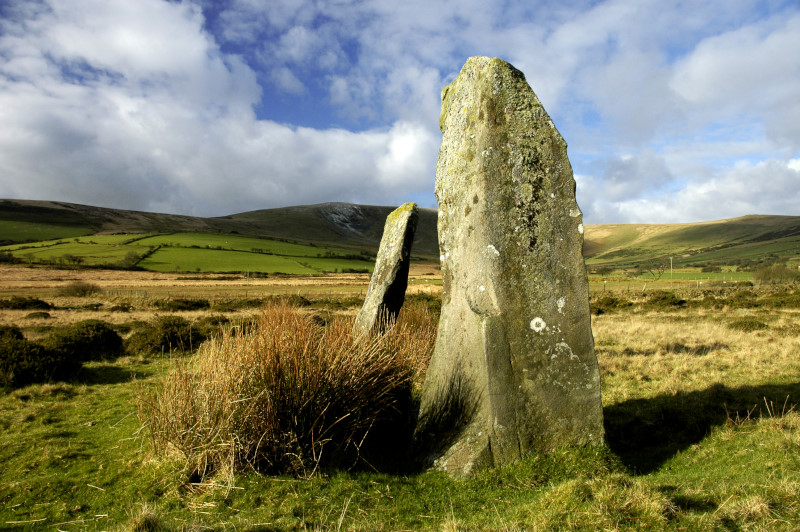 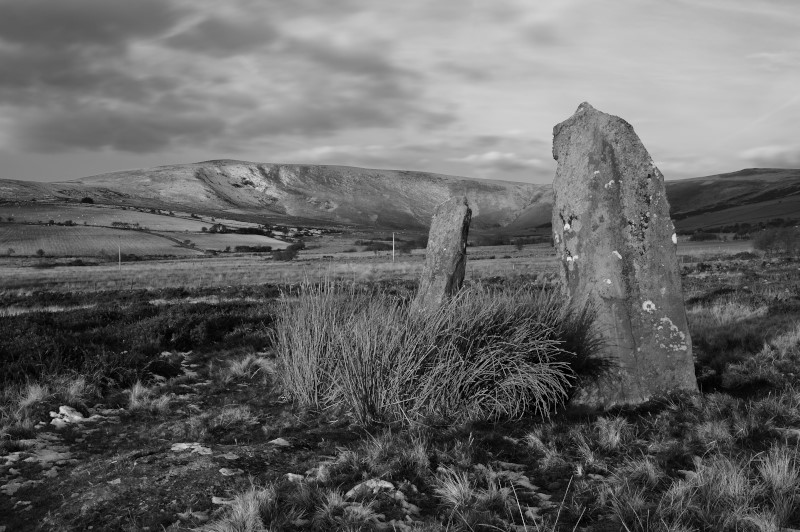