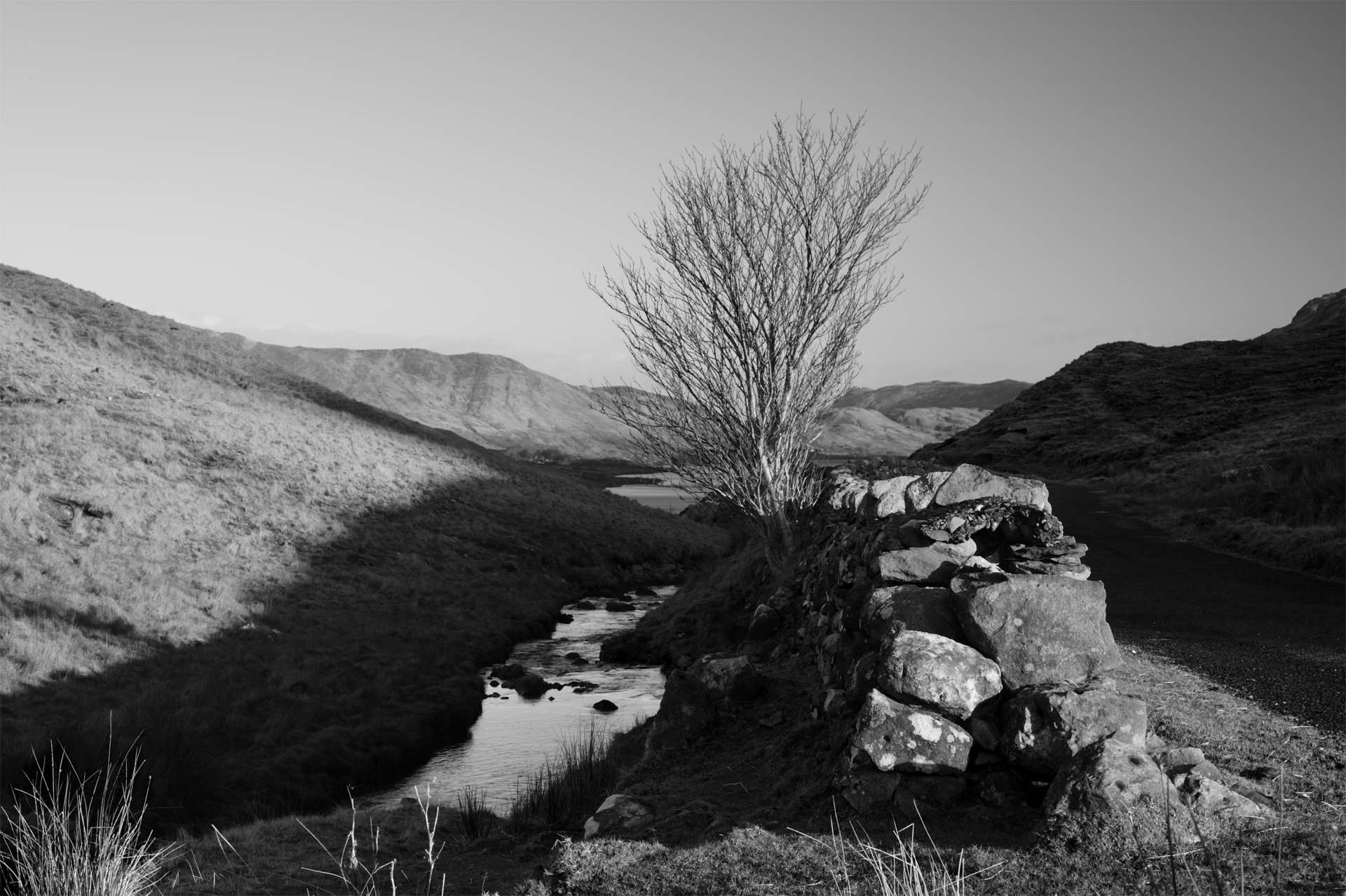 I’m a sucker for a road that ends in the middle of nowhere, especially if it ends because there’s a mountain in the way. It was on such a road that I was driving along at sunrise. I had planned to be there when the valley was covered in snow, but I got fed up waiting and thought I might get lucky with a layer of frost at least. That didn’t happen either so I was driving along the road just to see what was at the end, getting in the way of a farmer who was driving up and down in his van, checking his sheep. The farmer was a friendly fellow though and he didn’t seem to mind when I told him what I was up to.

There’s a river that runs kind of parallel to the road and there’s a small bridge that crosses it which will take you to some standing stones. Or more accurately, it used to. The bridge has collapsed and is laying in the river, and the river looked to be over my waist in the middle. However, I was able to capture the image below from the foot of the bridge. 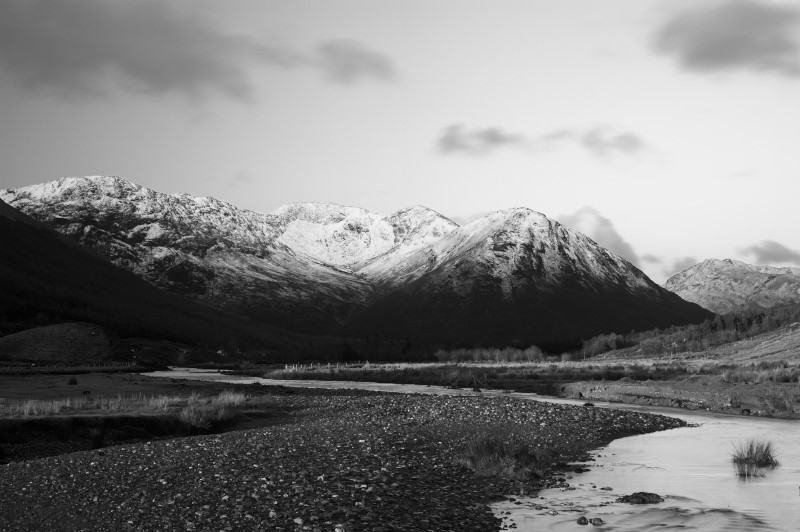 I didn’t have long to get the shot before the light went flat, after which I drove out of the valley to find phone signal. Text messages answered I thought I may as well take a look at Lough Nafooey, since it was near and I hadn’t seen it before.

As I drove towards the lough I came across a tree growing out from under a wall which took my fancy. I took a compass reading to see what time of day would be best to return, the sun being too high in the sky at that point.

After driving down more roads that led towards dead ends at mountains for a few hours, I drove back on myself and carried on to Leenane where I got out to find somewhere to eat. I heard laughter coming from Gaynor’s pub so in I went. I ordered a bowl of soup but I was unable to pay for it since they don’t take card and I didn’t have any cash. Gaynor let me eat it and she said that she trusted me to return with the money next time I came through, fair play.

Soup finished I decided to head back to the tree I’d spotted earlier despite it being a little early for golden hour. It was just as well that I was early as due to a nearby mountain the tree would soon be in shadow. I stood there making the most of the light, occasionally waving at passing cars and muttering choice phrases through gritted teeth as huge – but thankfully brief – gusts of wintry wind rolled up the valley ahead and straight through me.

Posted on January 21, 2015 by aledowenthomas in Landscape
black and whiteconnemaragalwayirelandLough Nafooey