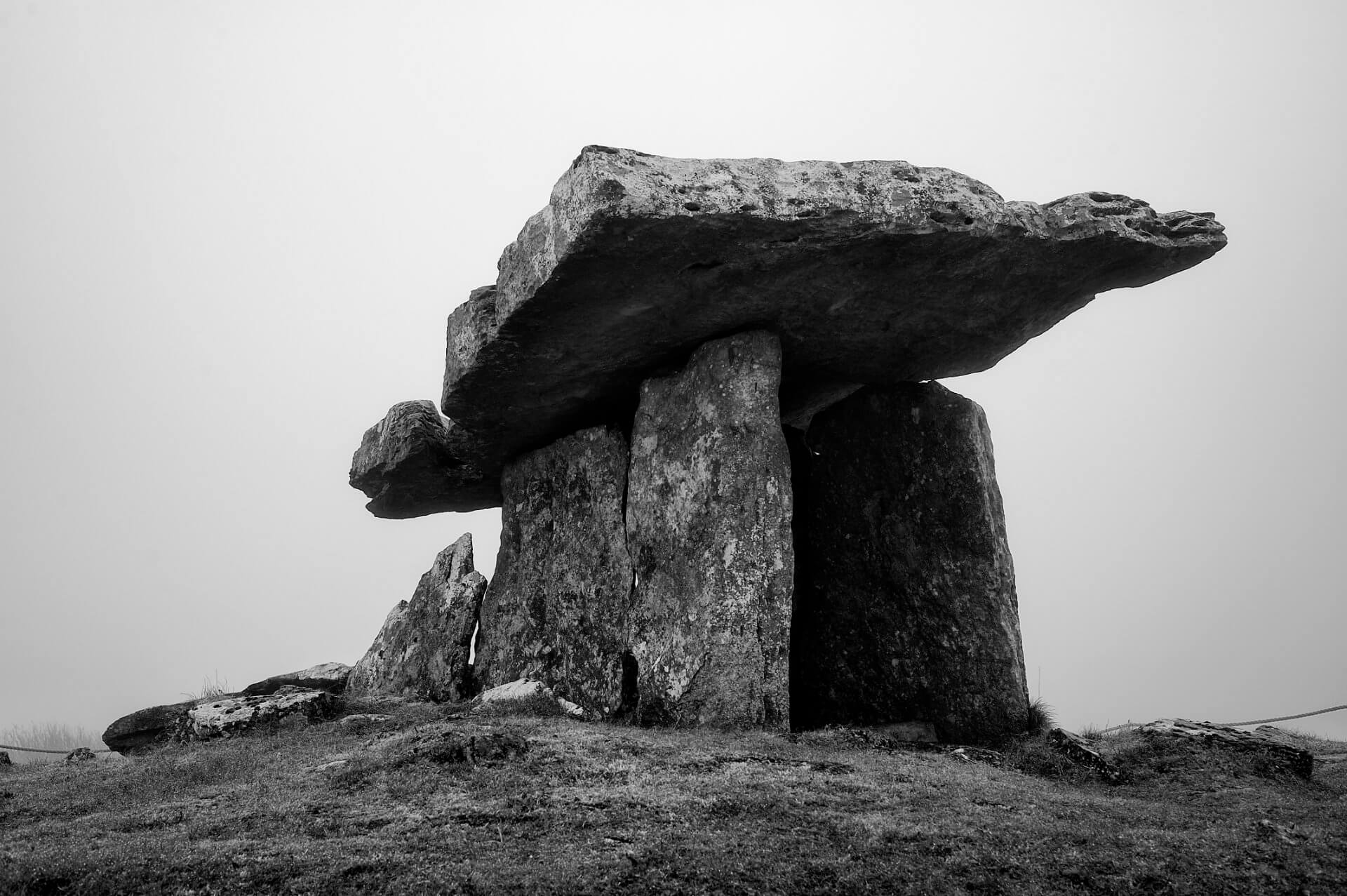 I’d kind of put off trying to photograph Poulnabrone dolmen because it’s such a popular spot. A car park and information boards is one thing but a rope around the dolmen really spoils the magic. However, I’d gotten a notion to try it in fog.

The fog that morning was some of the most spectacular that I’d ever seen. Ostensibly the entire country was covered but when I drove up to Poulnabrone – which is at a high altitude – it was incredibly thick.

I shot the dolmen from several angles but I’m not sure whether or not the fog actually added anything to the image. Usually fog lifts shortly after sunrise but that morning it wasn’t going anywhere. So I drove back the way I came looking for object to appear through the fog with the idea of getting some more obviously foggy type shots.

I had a great time shooting some trees in a field and even a cow behind a stone wall. The fog didn’t lift until mid day.

Posted on January 26, 2020 by aledowenthomas in Landscape
black and whiteclaredolmenfogireland