I knew I was going to be at my first location too early and that the sun would be in the wrong place but I’d deliberately picked a day of rain showers in the hope that I’d get dark clouds with a few spotlights picking out the landscape.

I stood at the side of Lough Fee and watched what the light was doing. It was windy enough that I had to wrap my arm around my tripod. I watched as the wind created whirlpools on the lake’s surface. They were large and impressive and when one dissipated another would start up in a different spot. I’d never seen it happen before and it made up for the fact that I didn’t get an usable shot.

I headed north from there to Burrishoole bridge. It was obvious by now that the weather forecast hadn’t been quite accurate but luckily good light and fast moving clouds meant that all I needed to do was compose my shot and press the shutter whenever something interesting was happening.

Lough Fee and Burrishoole bridge were the two main locations that I had picked out that day but I was going to make my way home via Tourmakeady because I wanted to take another look at the Church of Ireland. It’s a striking building but unfortunately the tall trees behind it and the wall before it are just too close to the church meaning the shot just wouldn’t work for me. So I decided to head back up the shores of Lough Mask because for one it was the quickest route back to Galway and also because I thought I might have spotted some partially submerged trees that might make for an interesting image.

I stopped at a viewpoint as it was as good a spot as any. There was a partially submerged boat which would have made for a good image but for a tree in the wrong place, so I concentrated on a ramp leading into the water. 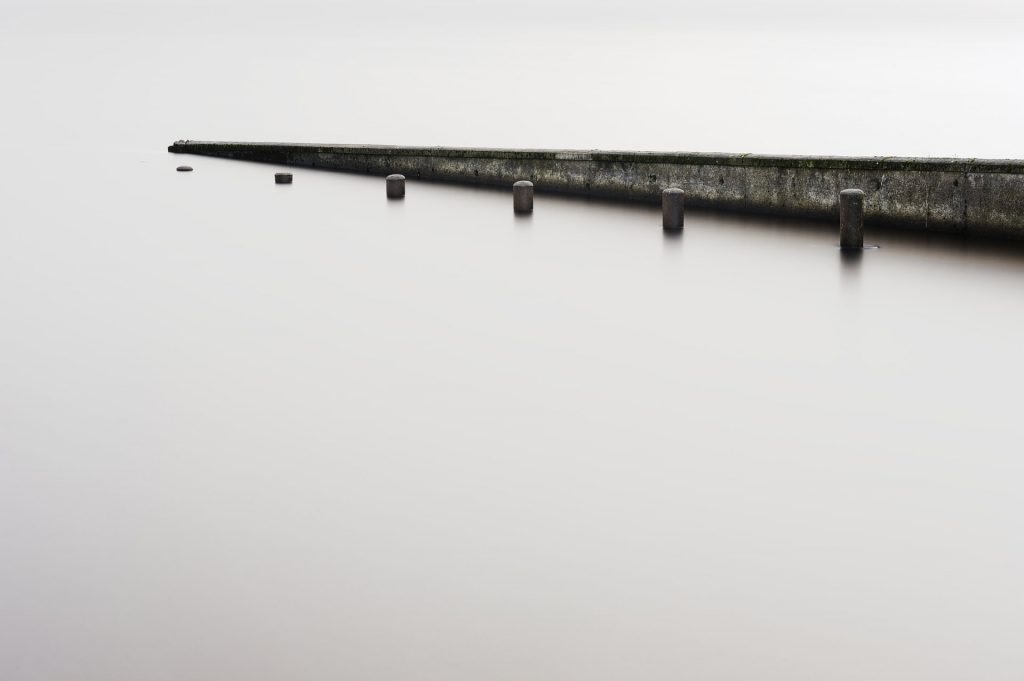 The odd composition was due to having to point the lens below the horizon in order to not blow out the highlights. It’s not something I’d usually do but I was having fun experimenting. It’s actually a colour image but as I was photographing concrete while it was raining and hailing heavily the image was completely desaturated straight out of the camera.