December is the busiest time of year where I work meaning I hadn’t had the chance to get out and about with my camera, so I was looking forward to getting some new images while I was in Wales for Christmas. I had a few places marked on my map from previous recces and a few that I’d researched online which I hoped I’d get a chance to take a look at.

Conditions looked good for the afternoon of the first day so despite being worn out from the long journey from Galway and seriously lacking sleep thanks to a child that doesn’t sleep at night I headed towards Strumble Head lighthouse. On the way, I stopped at a church which I’d found online that looked interesting. On arrival it dawned on me that I’d been there before, back in my early 20’s when I used to spend a lot of my time driving around Pembrokeshire looking for things to photograph. It had been so long that I had no memory of it. I still didn’t recognise the church, it was something in the field beside it that made me realise. As it happened I met a man who was something of a local historian and I gladly listened while he gave me a history of the church and the local area (apparently the gates of the church were recorded by the BBC in the 60’s for use on a horror soundtrack). Things like this seem to happen to me a lot. 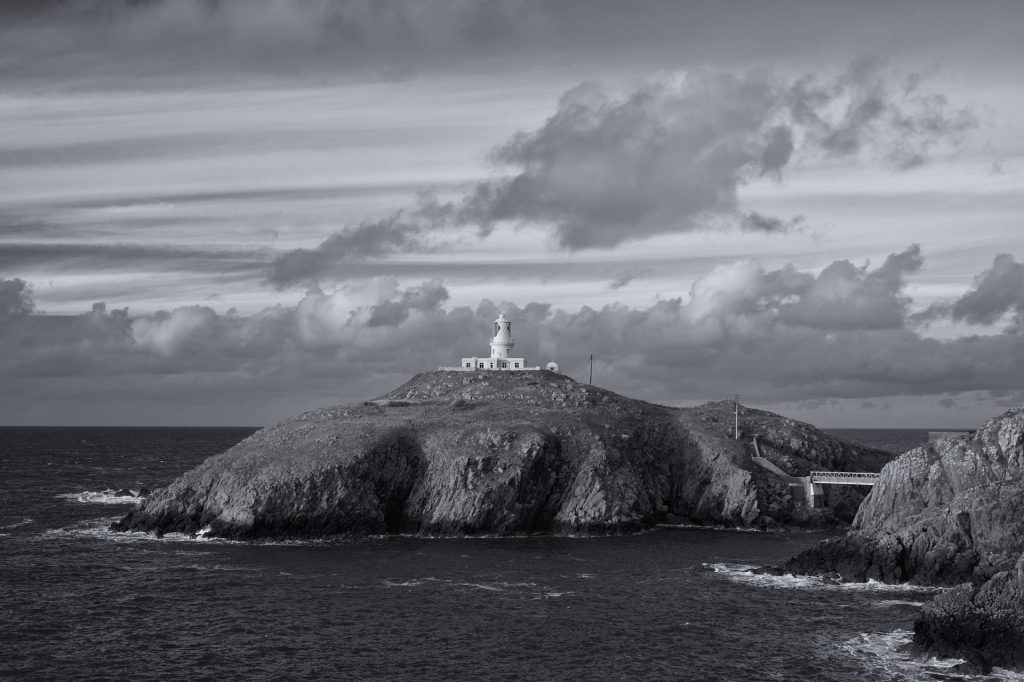 A few days later I headed out on a wet and miserable day in the belief that I’d be able to get some nice long exposure shots. I wanted to photograph Church Rock which I’d seen captured really nicely by Andy Lee. However, I’d set the sat nav to the wrong beach, and it was while following the map down some back lanes that I spotted a tree that I recognised as one that Andy Lee had done a series of images of.

By the time I arrived at Broadhaven (the correct beach) the rain was coming down in sheets and it was blowing a gale. I tried to take some shots anyway (which was difficult because I needed to hold on to my umbrella with both hands) but it was raining so hard that my shots were soft and lacking any definition, so I called it a day.

On my second attempt at capturing Church Rock my wife came with me, which never happens because she’s at home with the children when I go out with my camera, but this time the boys were with their grandparents. On the way we stopped at the tree that I’d spotted the time previous. I’ve tried processed it in a similar style to Andy Lee; you can see his images here: ONE, TWO, TREE / PART I. 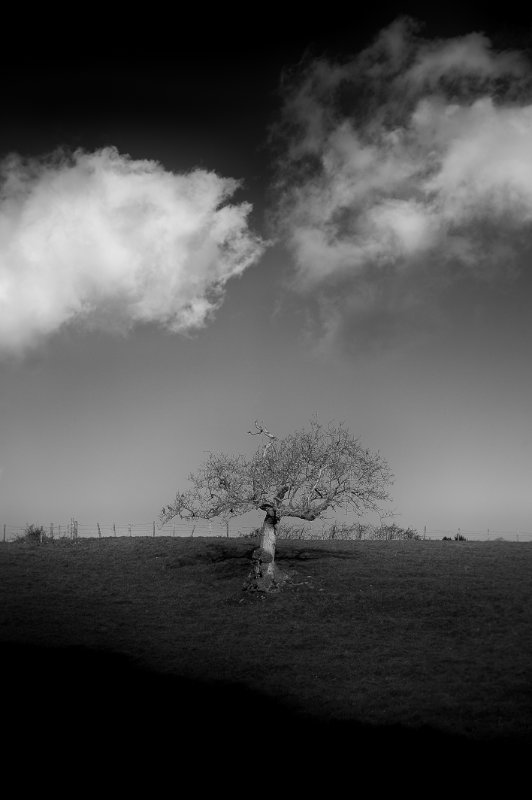 When we got to Broadhaven I realised that I wouldn’t be able to get the shot that I was after at that moment. I toyed with the idea of heading on to the Green Bridge of Wales instead but the car was low on petrol, so we headed back.

Instead I made my way to the Green Bridge of Wales on another clear afternoon. By the time I arrived at the famous natural limestone arch the sun was hovering just above the horizon.

I was surprised first of all by how many people were about and then by how close the viewing platform is to the arch. I had to use my 20mm lens to get it all in to the frame, a lens that I don’t like to use and which only comes out of the bag in situations like this. I stayed there for a good while getting a few long exposures and chatting with a photographer from England who was doing the same thing. Nearby was Castlemartin Church which I knew I’d been to before because I’d photographed it (in December 2005, as it turned out), but I couldn’t understand how I’d been to the church and not the Green Bridge. On getting back to Galway and checking my archives I found that I had been there before. I have photographs of it, just no memory. There I was telling the photographer who I was talking to that “I spent the first 27 years of my life living in the area and yet I never came here before”. 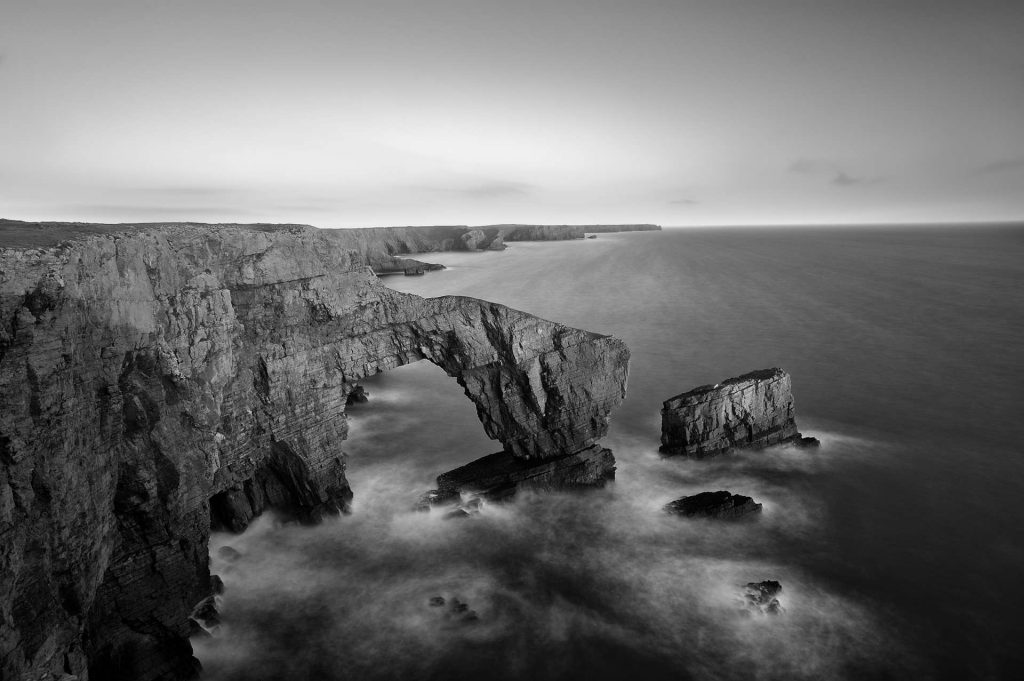 The following day was overcast and I decided to head to Gorsfawr stone circle for the dawn, hoping to get some rolling clouds passing over the stones, but instead found a wall of fog. Which would have looked lovely had I something taller in the foreground but just looked flat in this instance. I wanted to find another location that would work in the fog but it soon started to lift and I’d missed my chance. Later that day when looking for a church in Llanteg all I managed to do was drive down a very long track only to be greeted by a locked gate which necessitated perhaps the longest reverse I’ve ever done. Not a successful day altogether.

Now nearing the end of my Christmas holiday I had one last chance to get a shot of Church Rock, a morning with a clear sunrise and a high tide to coincide with it. In the event I didn’t get something that I’m happy with, and the locations I stopped at on the way home weren’t any better for me. Oh well, can’t win them all (where would you keep them?).