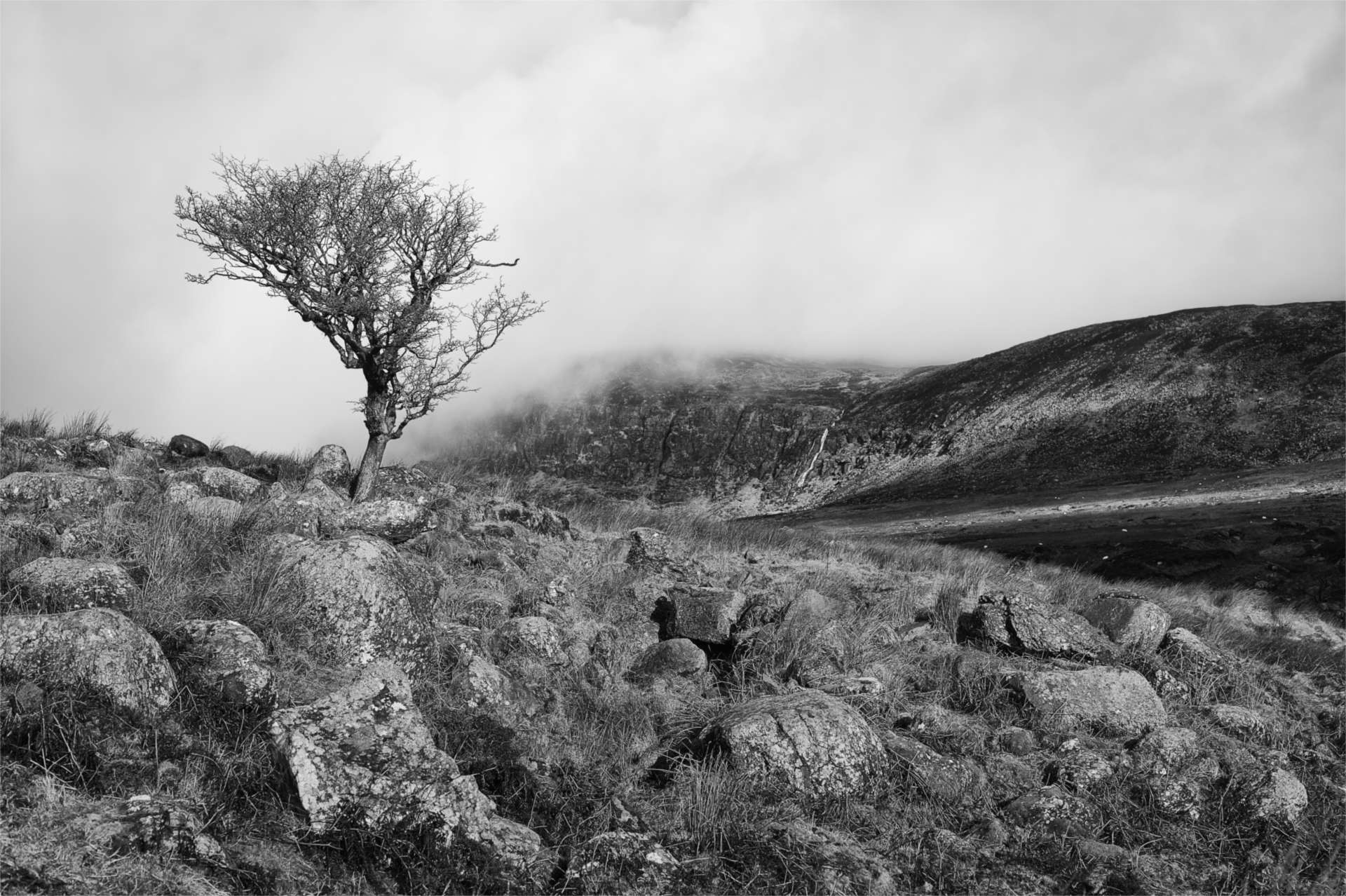 The forecast had promised heavy rain through the night turning to light rain at dawn, which suited me as I’d read that the waterfalls were most impressive after heavy rain and an overcast morning would enable me to get some long exposure shots. Driving up the road to Mahon Falls was like driving in to a cloud. With the combination of arriving at a car park and Google Maps telling me so, I assumed that I’d arrived.

I put my pack on and walked up what I assumed was the path to the falls. I had to hold out my umbrella in front of me with both hands and walk head down in to the wind. After a hard uphill slog I paused to peek out from under the umbrella. My eyes slowly adjusted and I was just able to track the path through the mist, and was confounded when it seemed to stretch on for what would amount to a very long walk. I’d researched as much as I could online the night before and seemed to remember the path being shorter, so I bid farewell to the gang of sheep that had gathered around me and walked back the way I had come.

As I neared the car I began to discern streaks of white in the grey mist in the opposite direction to the one I’d taken and came to the realisation that the falls were right next to where I’d parked.

I’d abandoned the umbrella by the time I’d gotten to the falls as the wind was making all sorts of origami shapes out of it. The drizzle soon had my glasses covered in water droplets but despite this I still tried to get a few shots of the falls. All I captured was a grey mush, it was just too wet and windy.

I was slowly getting soaked so I pulled my emergency poncho over myself and camera bag. I hadn’t thought to clip my tripod to the bag though so I carried it in one hand and the umbrella in the other and trudged back to the car. After a few steps the wind whipped up the poncho and would have sent it flying had I not tightened the cord at the neck. So instead I carried on walking with the poncho horizontal in front of me. I must have looked like a wind sock.

I would have collapsed in a heap in the driver seat but for the fact that I’d spotted a tree shrouded in mist on the road leading to the falls and wanted to get a shot of it as a consolation prize. When I got to it the mist had lifted enough to show that the falls are visible on the approach road, they’d just been hidden from me.