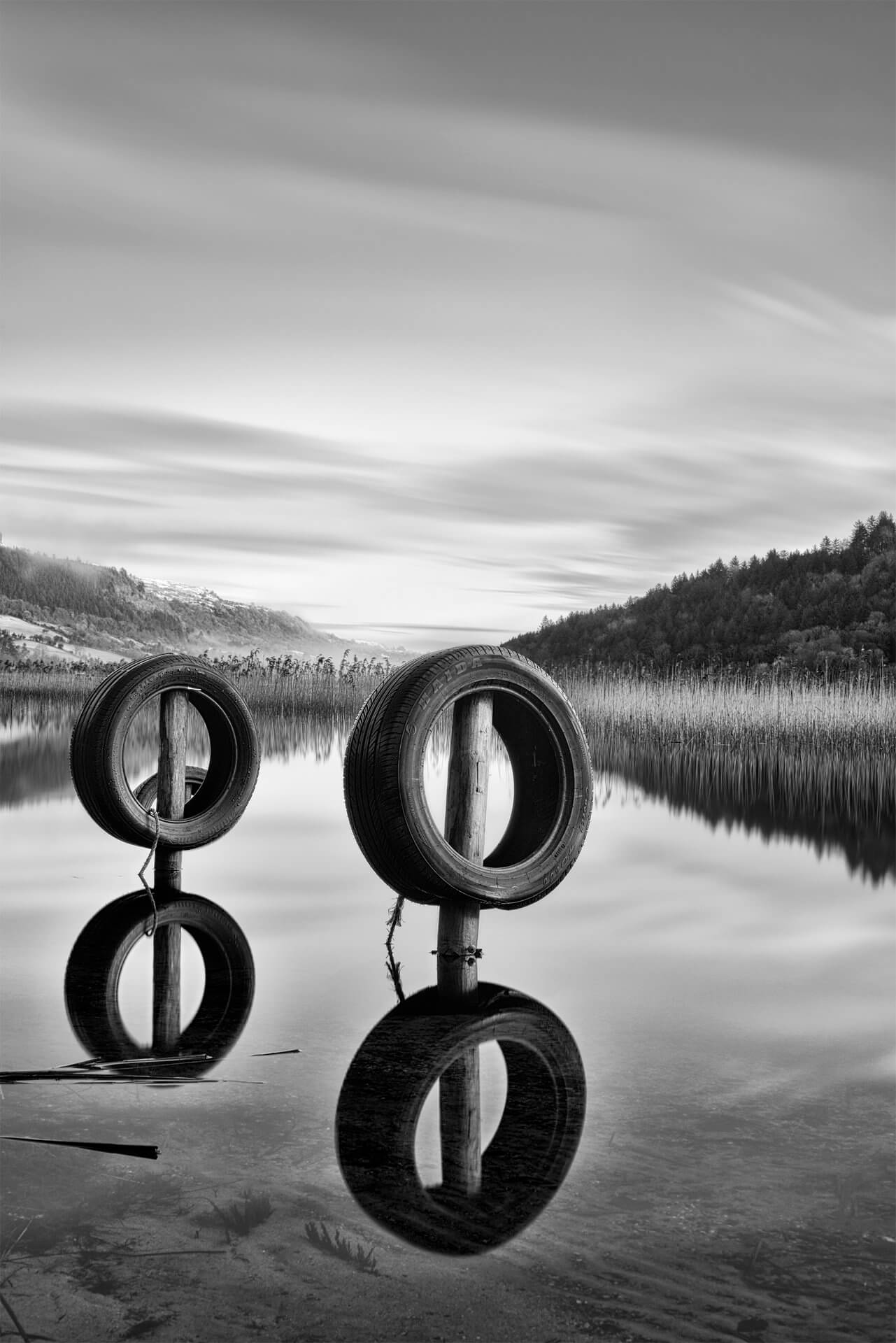 I arrived at Streedagh Point for the dawn as I’d marked out a point on top of the dunes from where there is a great view of the mountain range – nicely coated in snow – that Benbulbin belongs to. However the light was completely flat and wasn’t going to improve for hours judging by the thick blanket of cloud over Sligo. So I decided to move to a lower point where I could possibly use alluvium to capture a reflection of the mountain range instead. Ultimately it was a wasted hour though.

From there I went north to Gleniff Horseshoe where I’d marked out a spot from which can be seen the distant mountains of Donegal beyond Classiebawn Castle. They proved to be a little too distant though. There was a decent amount of snow on the Horseshoe so I spent a bit of time exploring.

The Devil’s Chimney, a waterfall above Lough Glencar, was my next location and one that I hadn’t previously visited. As I rounded a corner on the western tip of the lough I could see a huge cloud of mist sitting at the far side, between two points of land. Of course, whenever you see such a view on small country roads there’s never anywhere to pull over. By the time I found a parking spot I was further along the lake than I wanted to be, but figuring that I didn’t have much choice, put my pack on and started walking back the way I’d come.

I hadn’t gotten far when I spotted a gap in the trees leading down to the lough and that’s where I found a long line of tyres impaled on wooden poles which are used to tie up boats. There weren’t any boats tied up this afternoon though and I set about trying to find a composition that would work.

I had to set the tripod at its lowest point, but with no room to move forward or back I had to approach my camera sideways while doing a sort of push up on one hand, using the other hand to hold up my glasses since with the angle of my head I would otherwise be looking over the top of the glasses and unable to see through the camera’s viewfinder with any clarity.

It was pretty uncomfortable but I would have stayed for longer had a huge and long lasting hailstone shower not forced me to leave.