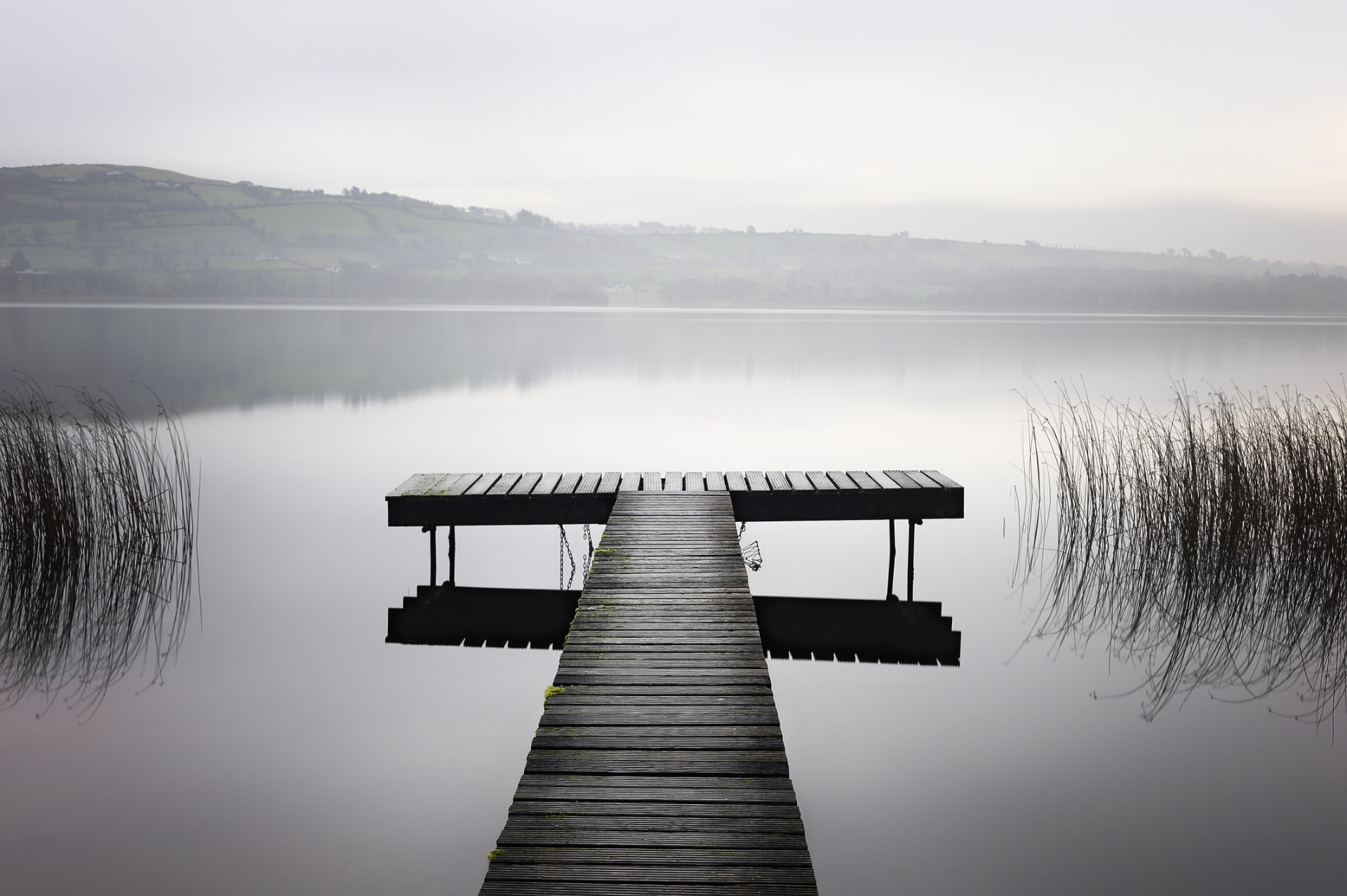 I’d first attempted to photograph the jetties on Lough Derg at Twomilegate almost a year previously and it hadn’t gone well. At the time I’d decided not to attempt it again but eventually I changed my mind and thought it would look good in thick fog.

Two of the three weather apps that I use predicted fog at dawn. I awoke before my alarm and prized my eyes open to check the weather once more. It seemed that the fog was predicted to move to the west of Lough Derg, but the conditions for fog were still present so I thought that I had a pretty good chance.

When I turned off the motorway I drove through patches of fog, but when I arrived at Twomilegate there was none. There was mist though, and that was close enough.

I managed to drop one of my filters in the lake while I was there. It slipped out of my fingers, through the slats of the jetty and into the water. Luckily the water isn’t deep at the edge of the lake so I could step off the jetty and due to the water being so clear I could easily see the small black circle. 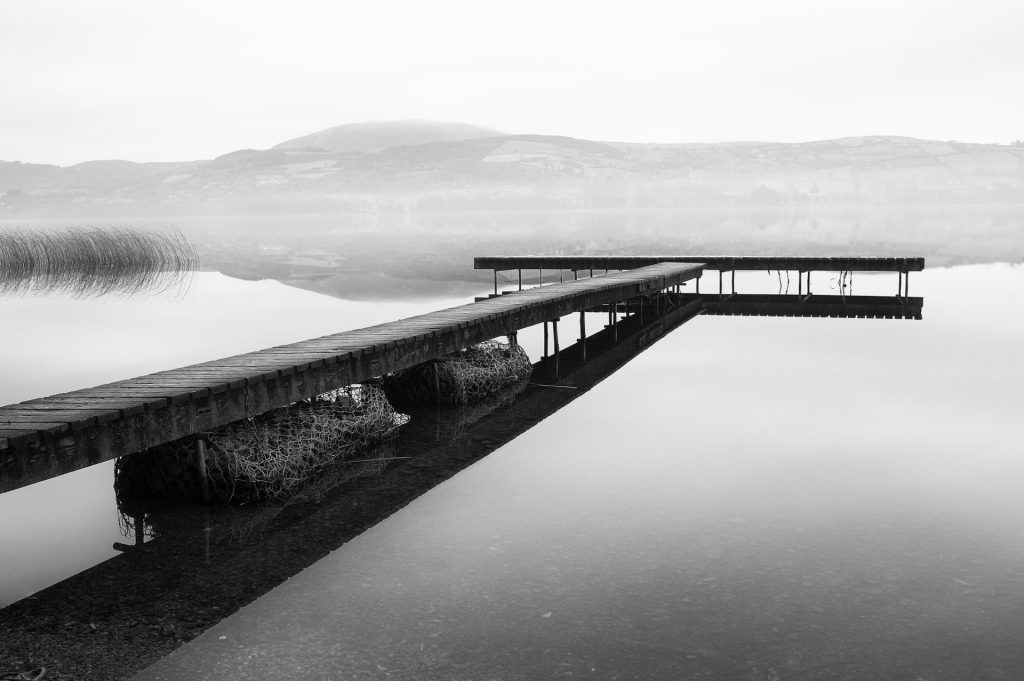 I got the shot that I’d come for fairly quickly and was about to leave when I decided to take the one above, which was to become my favourite. I then began to drive west to see if the fog was really out there, but I had to return to Galway because my youngest son had fallen and planted his face into the pavement.

Posted on December 02, 2019 by aledowenthomas in Landscape
black and whiteclarecolourirelandlong exposure