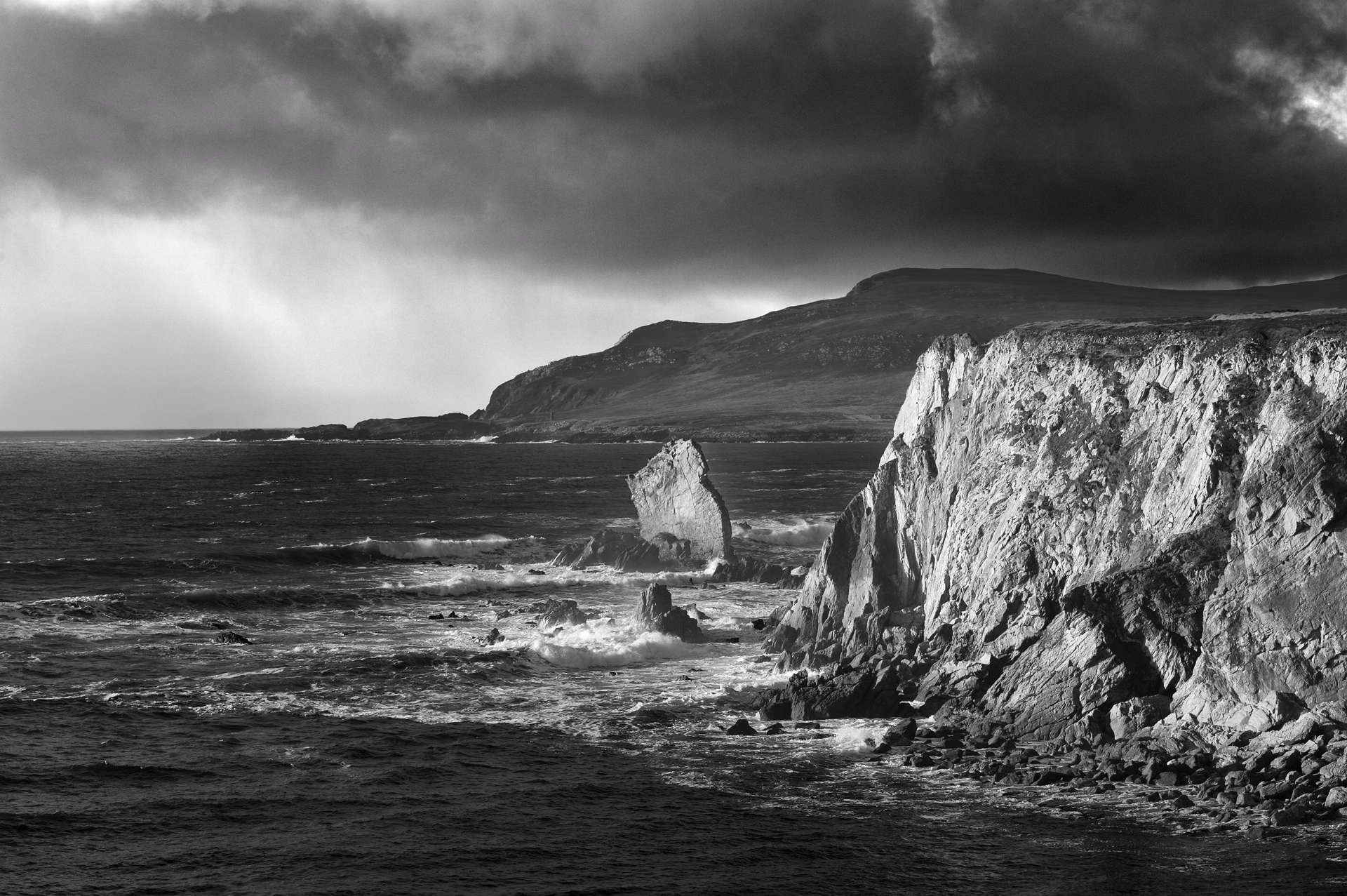 I started doing this whole landscape photography thing properly when I moved to Galway, which next month will be 4 years ago. In that time I’ve been photographing locations within a certain radius of my house. The radius being the length of time it takes to drive there, and ergo the time I have to get out of bed.

That radius has been steadily expanding. At the start I thought an hours pre-dawn drive was long, but pretty soon a 2 hour drive wasn’t uncommon. But it was fine as it was all still manageable.

On turning my attention to Achill Island I understood that I was at the limits of where I could reach before the sun appeared over the horizon from the starting point of my bed. However, when I actually went and did it recently, I realised that it is probably beyond the limit.

The only possible time that I could get away with it is in December and January when the days are short and therefore the dawn breaks late. But what I hadn’t considered properly is that is when the road and weather conditions are at their worst. By the time I arrived on Achill you could see the indentations of my vice like grip on the steering wheel. Once I’d gone north of Newport the roads were white with frost and when I got through that and reached Achill Sound I was assaulted by a hailstorm that threatened to break the windshield. All this meant that it was already light when I reached the island.

I’d deliberately chosen a day of rain showers because that’s my favourite kind of conditions to photograph under and I spent the day visiting locations that I had marked out on a previous recce. But by the time the sun was setting I’d been driving around and lugging my camera out of the boot for nearly 8 hours and I was rather tired. And now I had a 2 and a half hour drive to get home.

So basically, next time I’m going to have to book in to a hostel.