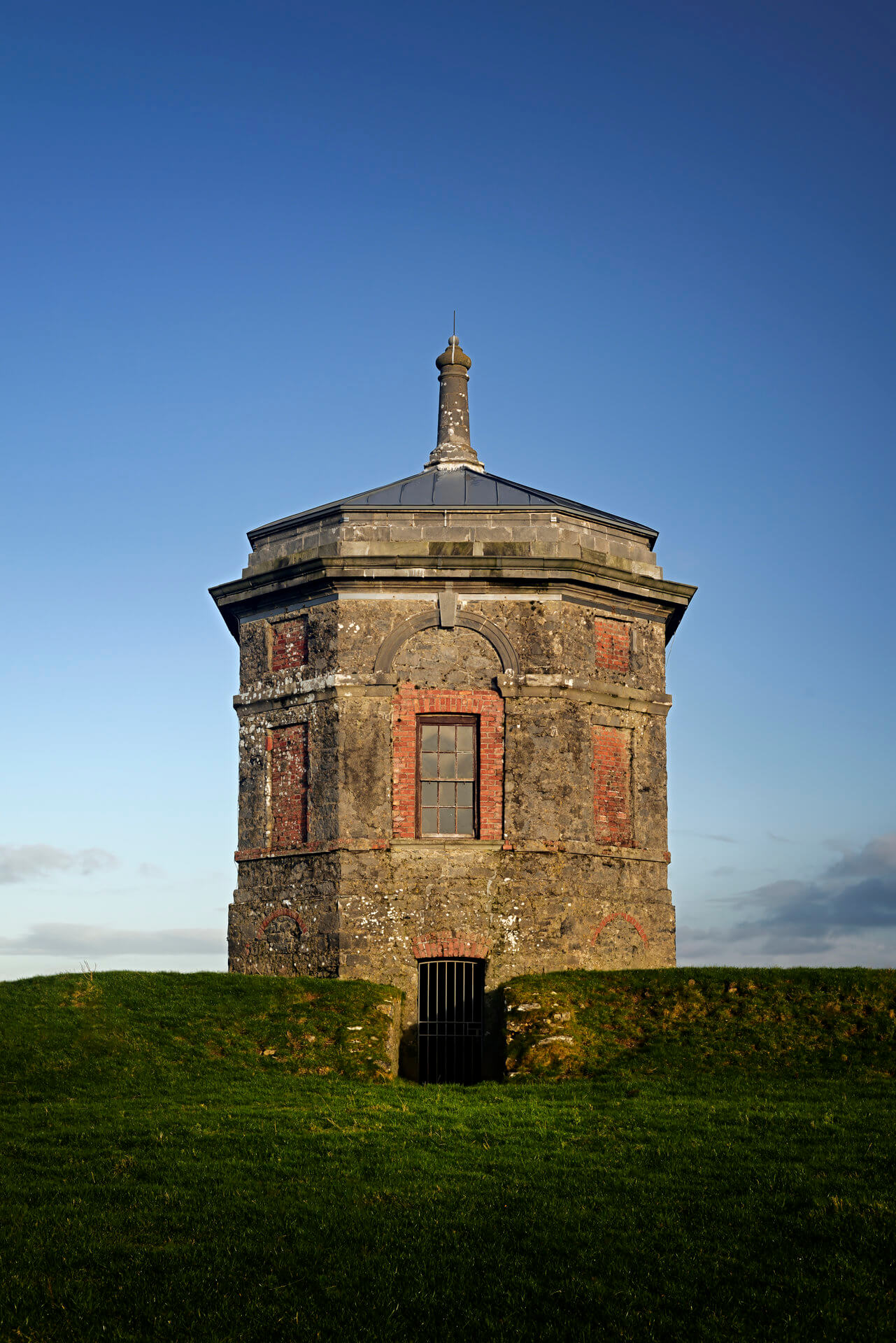 On a recce I decided to visit a cluster of locations near to each other in County Clare, presuming that I’d be able to get through them all in a day and either find some subjects to photograph or have a nice day out exploring.

I like to mark neolithic monuments down for a visit because they’re invariably in out-of-the-way locations and sometimes I stumble on something unexpected that piques my photographic interest. And even if I don’t, I just really like neolithic monuments.

Upon arriving at the first location it occurred to me that I’d been there before, on the way back from photographing Lough Derg. I couldn’t find the megalithic tomb marked on the OS map that time and nor could I find it this time. After traipsing around a few fields trying to see over hedges, I gave up.

I couldn’t find the next two megalithic tombs either. I did find a stone row next but the site appeared to have been upset by a house having been built right next to it and there wasn’t much left to see.

The next location was actually marked on Google Maps I was surprised to see. Upon arriving I could see why – it was situated in the middle of a tourist attraction. Which was closed. Although I did take a few photos of a castle poking out of a forest from the road that run alongside.

I then ended up at a graveyard in Cratloe with a megalithic tomb in amongst the gravestones, which was the only neolithic monument that I got to see that day.

I headed north from there toward Dromoland. The turret on the castle grounds can be seen from the M18 motorway and had always interested me. There is no public access to the turret unless you’re prepared to scale a wall, which is what I did, managing to get my camera bag, tripod and umbrella over as well.

I walked along the wall – as handily it blocked me from anyone’s view – and headed up the hill when I was directly under the turret until I reached a fence. The view from the fence was unsatisfactory so I had to walk down the hill through the soggy field so that I could hop over a gate, in order to head back up the hill on the other side of the fence.

I set up my camera on the east side of the turret (the side with the staircase and entrance) but with the sun falling to the west I wasn’t getting anything workable. I figured that I’d just have to return earlier in the day when the sun would be behind me but decided to take a walk around the turret while I was there.

On the opposite side I was presented with a wonderfully symmetrical angle of view that was decidedly less cluttered than the entrance side. It also had the added advantage of being out of anyone’s view. I could take my time, waiting for the moments when the sun would light up the turret, and taking in the view from the top of the hill towards River Fergus beyond the M18. It’s a pretty spectacular view, one which you’d be completely unaware of your placement within while driving along the motorway. And despite the sound of traffic and the more recent objects near and far, I could imagine a sense of taking in this view when the turret was built in the 18th century.

Although presumably there would have been a bit of snow about in December back then.