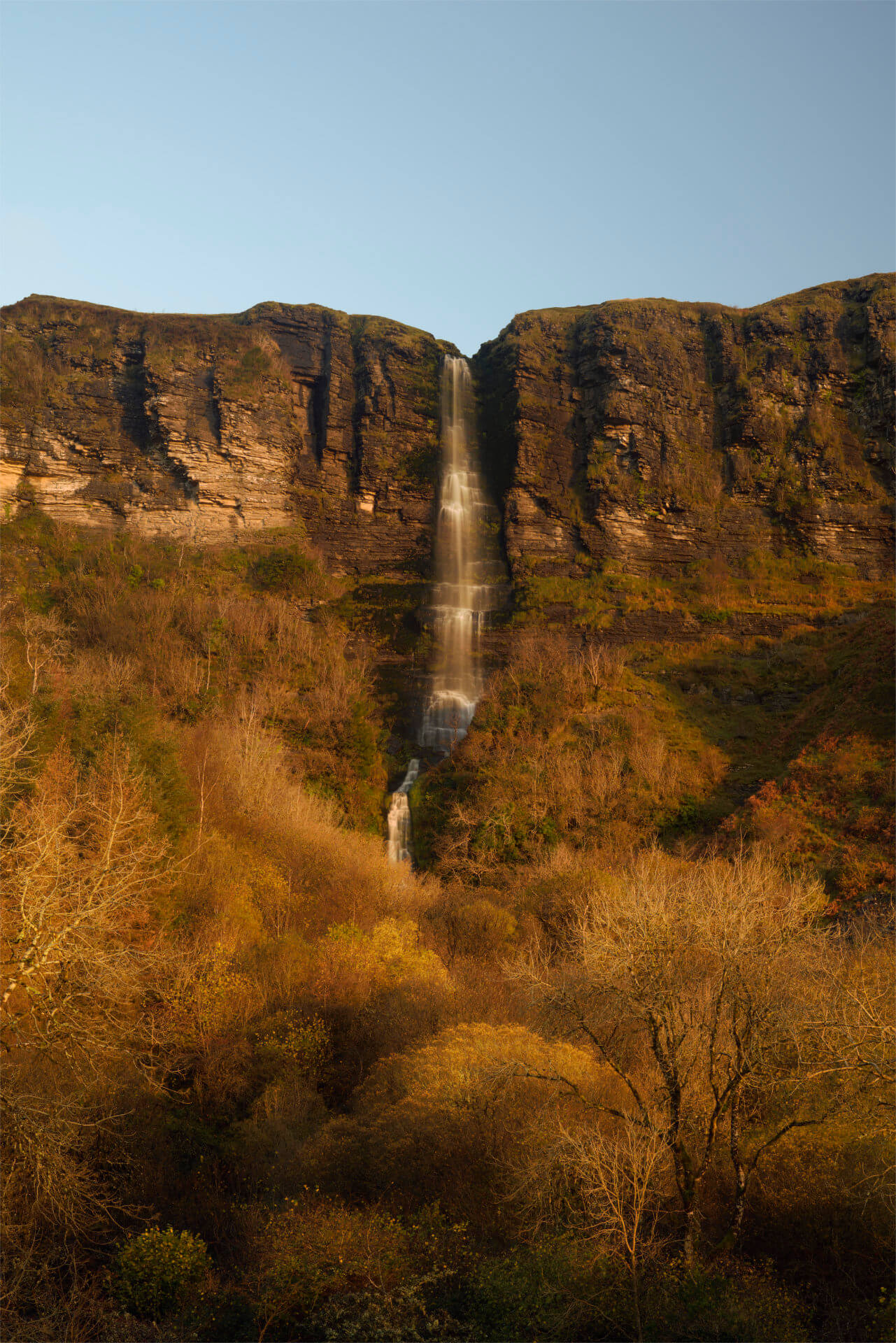 I became aware of the Devil’s Chimney waterfall earlier in the year and had wanted to photograph it then, but a Covid related travel ban meant shelving that plan. But on reflection I realised that sitting as it does above a wooded area, that it might be better to capture the image in the autumn.

Apparently it’s Ireland’s highest waterfall and ostensibly isn’t as well known as its near neighbour Glencar Waterfall. I wonder if this is due to Glencar being more accessible.

The conditions that I was waiting for was plenty of rain the night before, followed by a calm morning. Of course when those conditions did occur I had to be in work the next day. So I settled on a day where the conditions were near enough, as I was aware that it was getting quite late in the year and I was afraid all the leaves might have fallen from the trees by the time I got there.

In the event I basically made a 5am start, drove for 2 hours, followed by a quick scramble up a steep path, to get what I needed in a 15 minute window of light. Before that window the light was too flat and after (and for the rest of the day) it was too harsh. But it felt great to be out with my camera again, and even if the image itself isn’t a favourite by a long shot it is still a good start to the season.