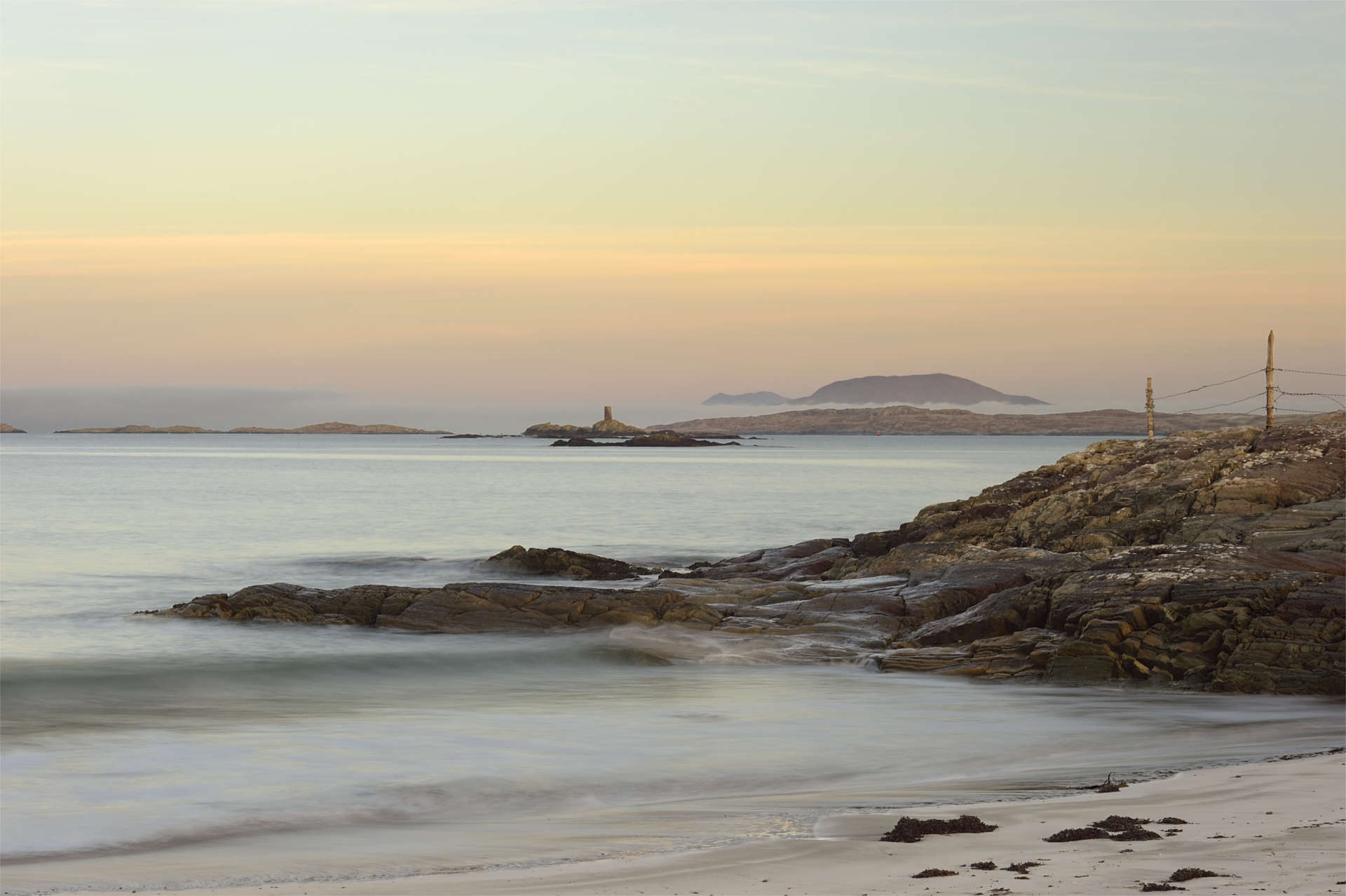 The weather forecast predicted early morning fog up at Renvyle, so I left in good time to catch the dawn. I was hoping to see a bank of fog seeping in from the sea from a high vantage point I’d selected on the coast. I opened my front door to a real pea-souper which I didn’t drive out of for several miles, and as I drove cross country I’d go from perfectly clear patches where I could see the stars in the sky to heavy fog where I couldn’t see much more than the road.

I got to the location but there was only a small sliver of fog – not enough for what I had in mind – so I headed for Glassillaun beach for sunrise. I’d been there for a while when I noticed a huge bank of cloud sitting on the horizon, and eventually I noticed that it was moving towards land as rocks out in the water were slowly fading from view. Eventually the horizon was engulfed in fog, and I headed to Kylemore Lough which is where I came across an old school house.

I spoke to the woman who lived next door and learnt that the single room school closed in 1956 and that children from the other side of the valley would cross Kylemore Lough in a boat to attend.

I went for a walk around the lough and was met by the same bank of fog that I’d left behind in Renvyle, slowly making its way south east. I also headed south where I met the fog I’d driven out of in the morning which had been sitting on top of Galway city and the coast since. I stopped several times on my way home in places where I thought I might get some nice foggy shots, but I had no luck, I’m afraid. 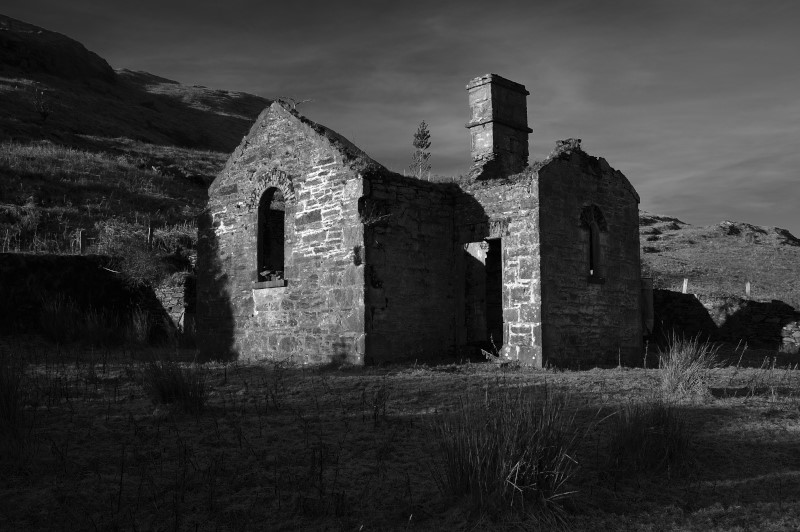