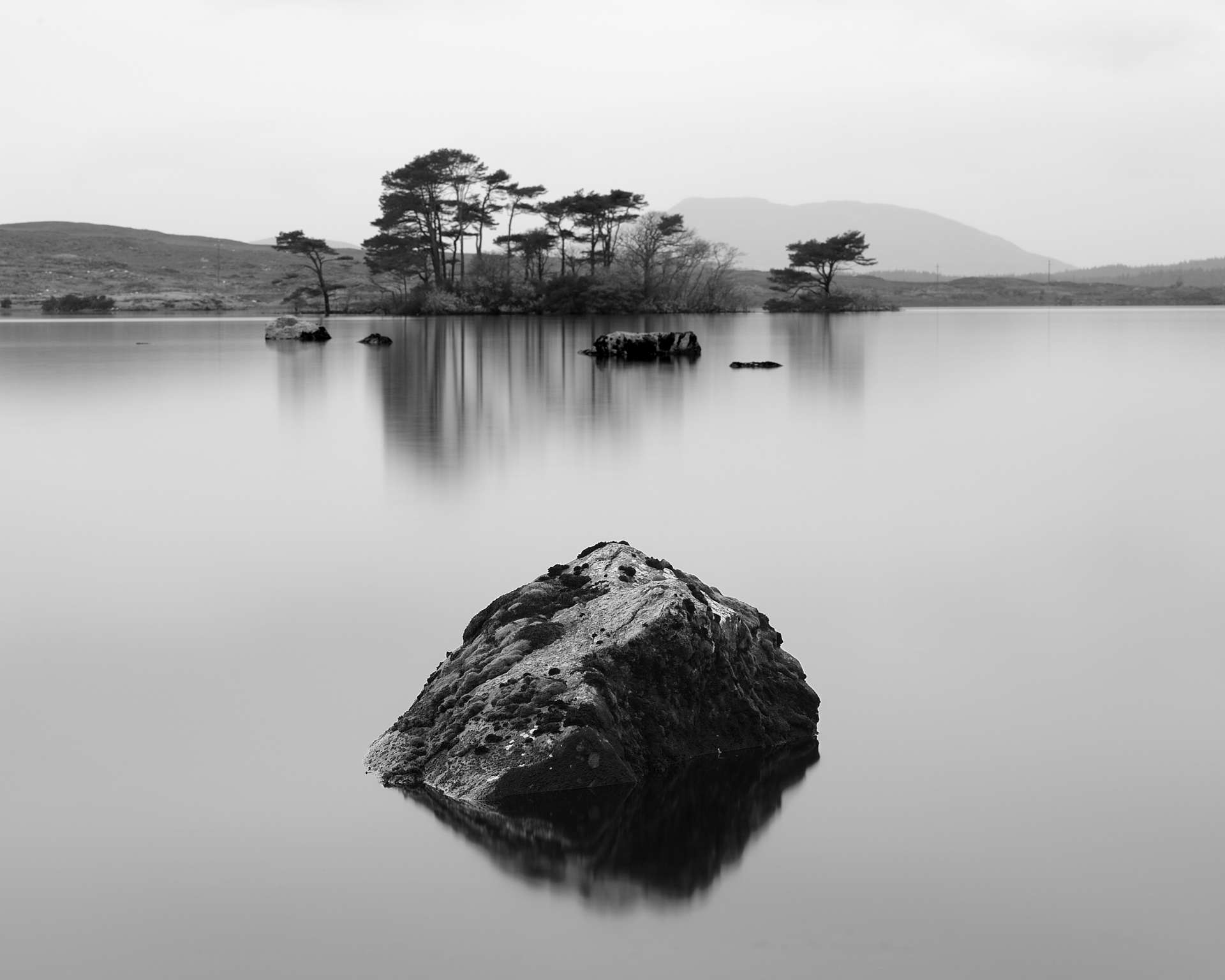 These are the result of a weekend raid into Connemara. The colour image is of a view towards Lough Formoyle which I’d spotted months previously, but had been waiting for a clear, frosty winter day to capture. Unfortunately there’d only been three such days amongst the constant deluge of rain during what has since proven to be the wettest winter on record, and on each of those days I wasn’t able to leave the house. But as I made my way there on a reasonably clear Friday morning, I realised that the location is so out of the way that I don’t think I would have gotten there on a frozen road anyway.

I stood on an exposed plateau, my hands and feet hurt with the cold. I was there for an hour and a half from the dawn waiting for the sun to rise and for clouds to blow over to reveal a range of mountains in the distance. But when the clouds moved out of frame they covered the sun, which killed the light in the foreground.

I did get the shot I was after (and it’s impressive how far you can see when you consult the map and work out which mountains they are), but in the end I chose this one. I prefer the hint of mountains peeking through the clouds (which you probably can’t make out on this low resolution version). 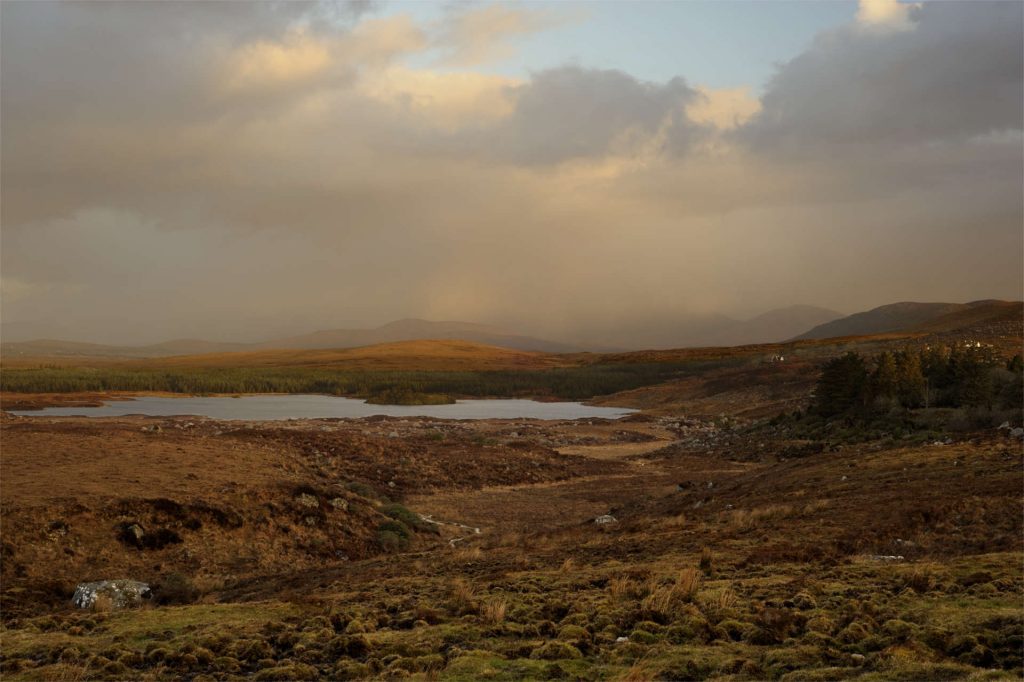 The black and white image was taken on the bank of Lough Bofin. I had planned to make the wooded island the focal point, relying on the rising sun to illuminate it. I did a recce on the Saturday but I hadn’t walked down to the actual spot because it’s close to the main road and I felt too conspicuous.

When I returned on the Sunday morning, not only did I find that the island didn’t appear to be in the middle of the lough from this angle, but that the weather report had been way off and it was raining. Luckily a rock was sat in exactly the right spot for me to capture something very different for me.

Posted on March 10, 2014 by aledowenthomas in Landscape
black and whitecolourconnemaragalwayirelandlochlong exposure