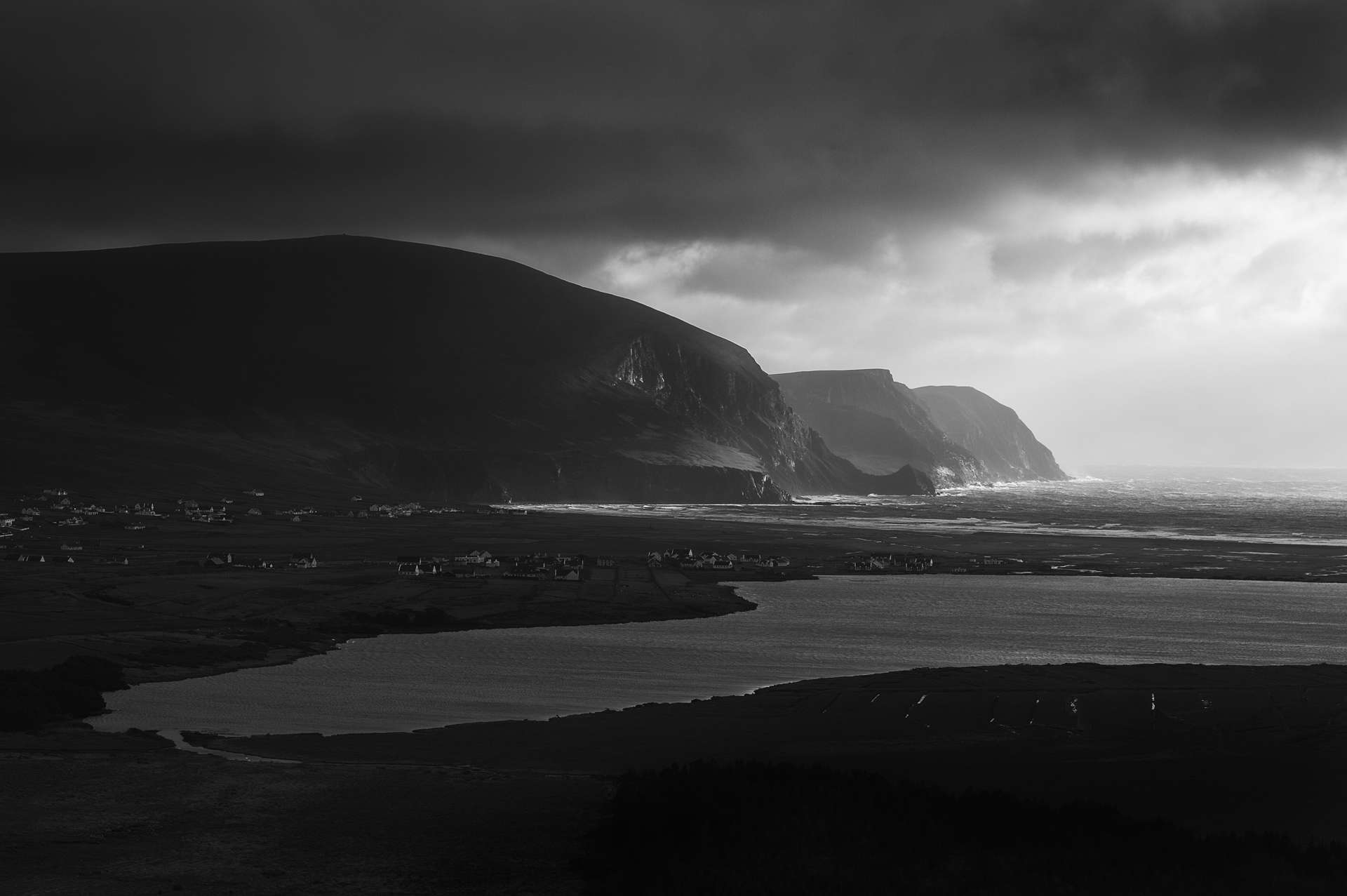 After a terrible December and January (photography-wise) I was stood on the side of a mountain on Achill Island getting battered by strong winds and I was absolutely loving it.

I’d first hiked up this mountain side a few years previous on a recce. I’d gone up there to take a look at a neolithic tomb and when I turned round I saw an amazing view of Keel Beach and beyond.

This time it was so windy that I had to wedge my tripod legs into the tomb and wrap any cords or straps up tightly. I had to put one foot on the tomb in order to put my eye to the camera’s viewfinder and more than once a gust of wind would actually push my foot off the wet stone. It was a real me-against-the-elements moment and after two months of photographic inactivity I was really enjoying myself.

The weather forecast was wrong, it was far more overcast than I wanted it to be. I was up there for over an hour waiting for the sun to pick out some details in the headland. Spots were occasionally lit up nicely but not all at the same time, unfortunately. Eventually I had to give up as the weather deteriorated. So with the final image I actually made a composite, just dropping in a little bit of detail from a different shot at the top of the headland.