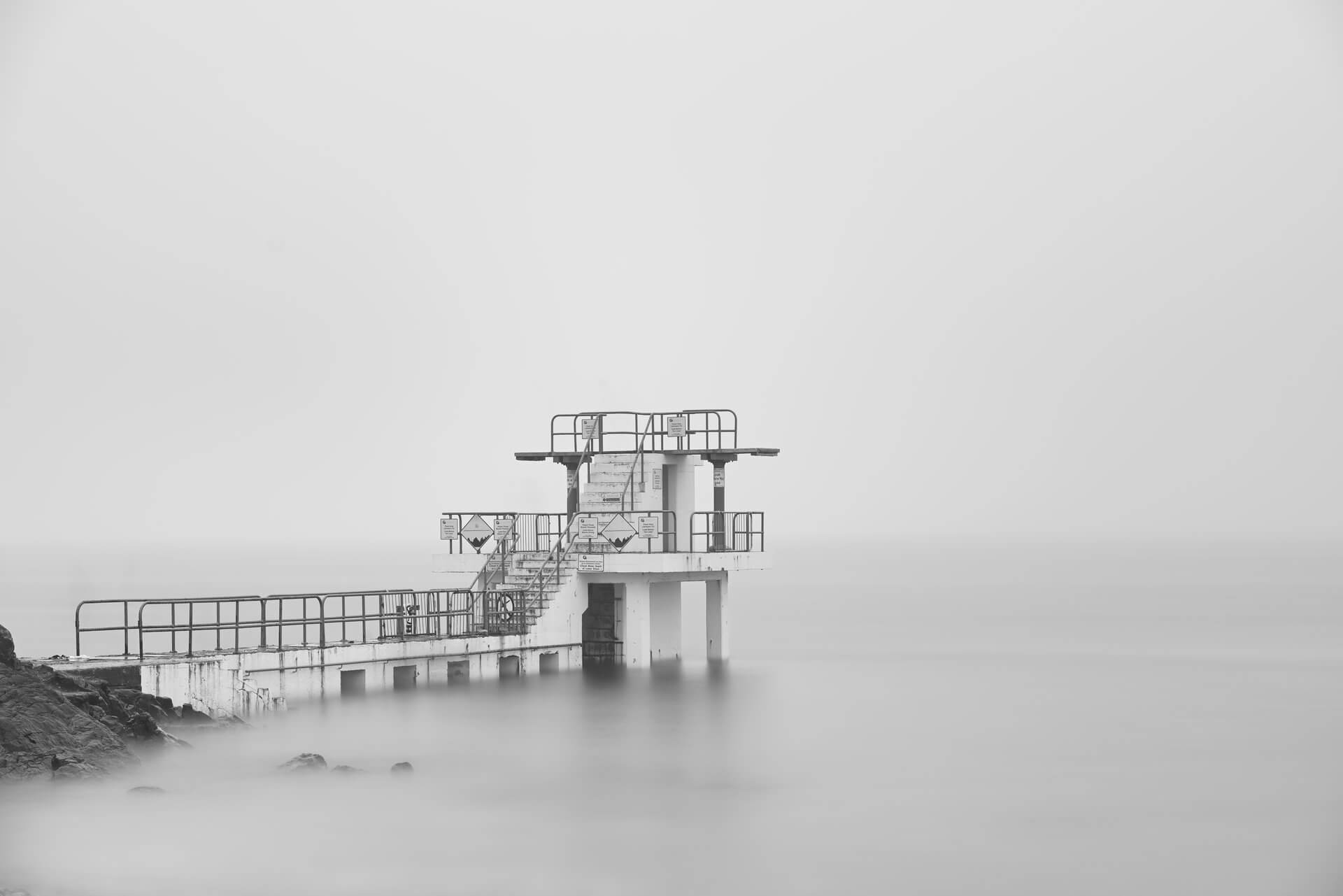 I was new in Galway when I first saw the diving tower in Salthill, didn’t previously know of its existence. My first thoughts were that I wanted to photograph it. You can see the results in this blog post from April, 2013.

They were taken before I developed my style and I didn’t even know to check the tide times (I was only lucky that it happened to be high tide). I never attempted to capture it again as I got better at what I was doing, despite only living up the road.

However, what with the current Covid restrictions keeping me local I thought I may as well have another go. I hate taking photos when people are nearby though. It’s a popular spot for sea swimmers and sea swimming had become really popular during lockdown so I knew I wouldn’t be alone, but I couldn’t have guessed how busy it would be. When I arrived just after 6am there were already two people there. As I set up more kept coming. Now I was taking long exposures so it didn’t matter if there were people about (unless they stood still for several minutes) but it was getting pretty crowded. So I moved onto the pebble beach to the west of the tower.

And that’s where I found the composition that really worked for me. But I wasn’t able to stay there for very long as I had to get home to get my kids to school and by 7am the tide had started to go out and there were swarms of people descending on the tower.

I was pretty pleased with what I’d captured but when I got a proper look on the computer later in the day I could see that I’d failed to notice the barriers that had been erected to stop people using the tower during lockdown. Barriers that were obviously doing nothing to stop people congregating but rather obviously ruining my image.

Now I have to wait for a lot of elements to come together to try again, but I have the advantage of living nearby at least.