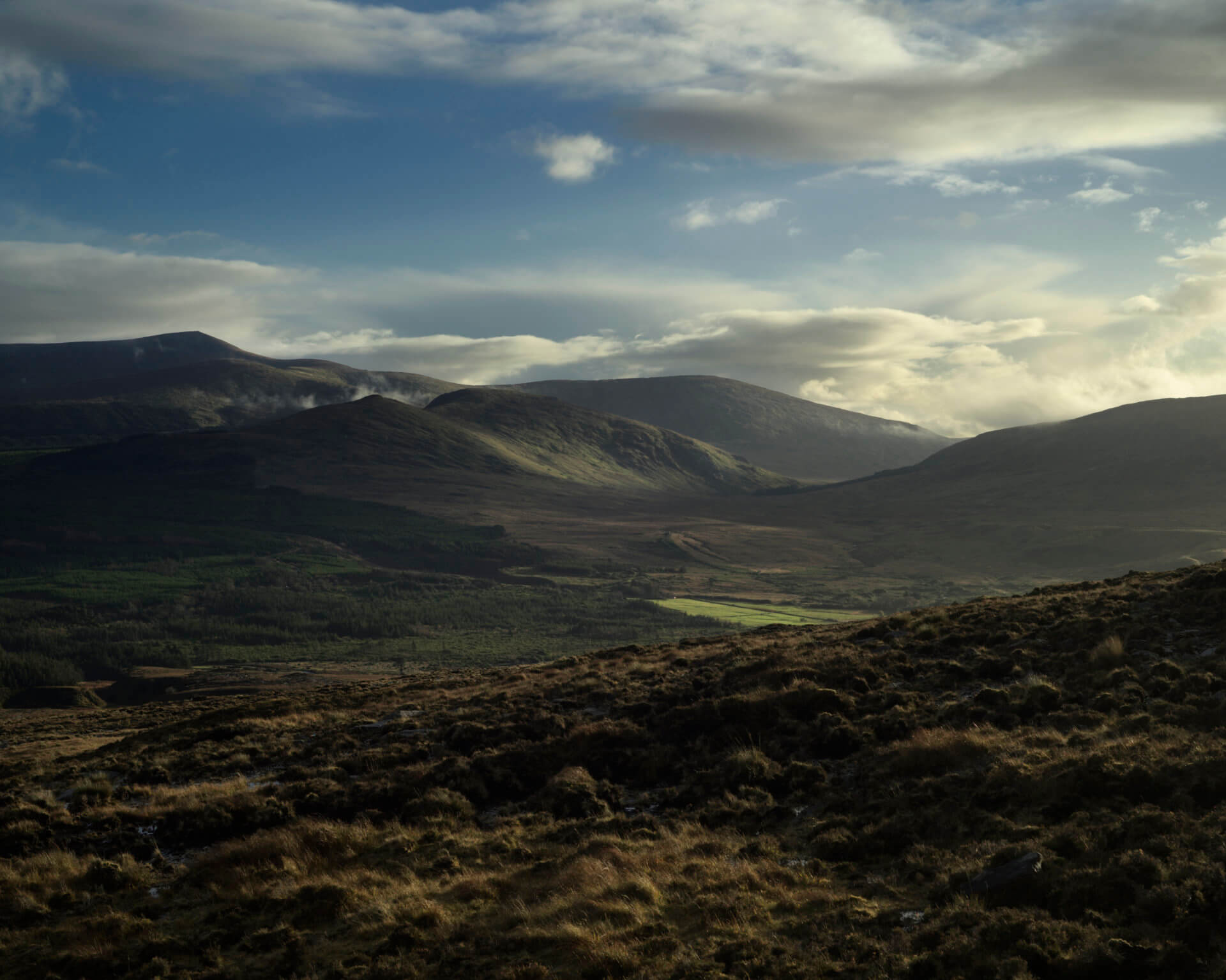 Back in March I’d attempted to get to Corryloughaphuill Lough via Glenamong Valley (see this previous post) and had discovered that it wasn’t really feasible. But I could see that the Bangor Trial, just to the north, offered a possible alternative route. I’d need to walk the trail until the terrain opened up a bit with a large mountain on my right, cross a river somehow and head up the slope until I got to the top and then walk along the high ground until I got to the mountain with the lough on the other side.

I left the tripod in the car (which meant I’d be shooting everything hand-held; not ideal but preferable to a compacted spine) and anything else I thought I definitely wouldn’t need and headed off along the trail. Or I did eventually after going the wrong way first. The thing I find about hiking is that it always feels like you’ve walked further than you actually have, so when I got to a place where the terrain opened up a bit with a mountain to my right I left the clearly defined trail and walked off into the bog.

It was very wet and slow going and didn’t get any easier when I eventually reached firmer – but steeper – ground. I steadily ascended, breathing like an asthmatic donkey, stopping only to swear robustly and let the throbbing in my legs subside a little. Near the summit I stopped to check my progress and since there was a nice bit of light in the valley below I got my camera out of the bag. It was around this time that I thought to myself ‘wasn’t I meant to have crossed a river?’.

At the summit of the slope it suddenly got a lot colder and darker and when I looked into the valley on the other side I realised that I recognised it, which I shouldn’t have because I was meant to be looking at view I’d never seen before. What I saw was Glenamong valley. And that’s when I realised that I’d left the trail in the wrong place. The mountain that was to my right when I was on the trail was infront of the much longer mountain that was my actual indicator to start the ascent.

At this point I figured that at least I’d done most of the climbing and that now I’d just need to do some more walking, so I followed a fence which kind of looked like it might lead off to the mountain peak ahead of me which I could now see was my actual destination, high above me. I followed the fence until the view opened up enough to see that the fence did indeed lead off to the peak but that following it would involve making a descent and an ascent the same as I’d already made – twice – before making even more of an ascent to the peak. Something I wasn’t prepared to do.

So I headed back. And it started to rain. And then hail.

I knew as hard as it was to go up the slope, going back down would be worse on account of how steep it was, and now it was even wetter. I stepped in water that went up over my boots several times and bodily slid down the slope at least twice. Eventually I developed a sort of sideways step that stopped me from falling over but it still took time to pick a path through all the ground water.

Now back on a more enclosed part of the path near where I’d started from I stopped at a small twist in the river with a nice view beyond and decided to take some photos. And while leaning up against a post waiting for the light I realised that I was fairly sodden. My core was dry and warm but my snood and hat were damp, and it was pretty cold just standing there waiting. 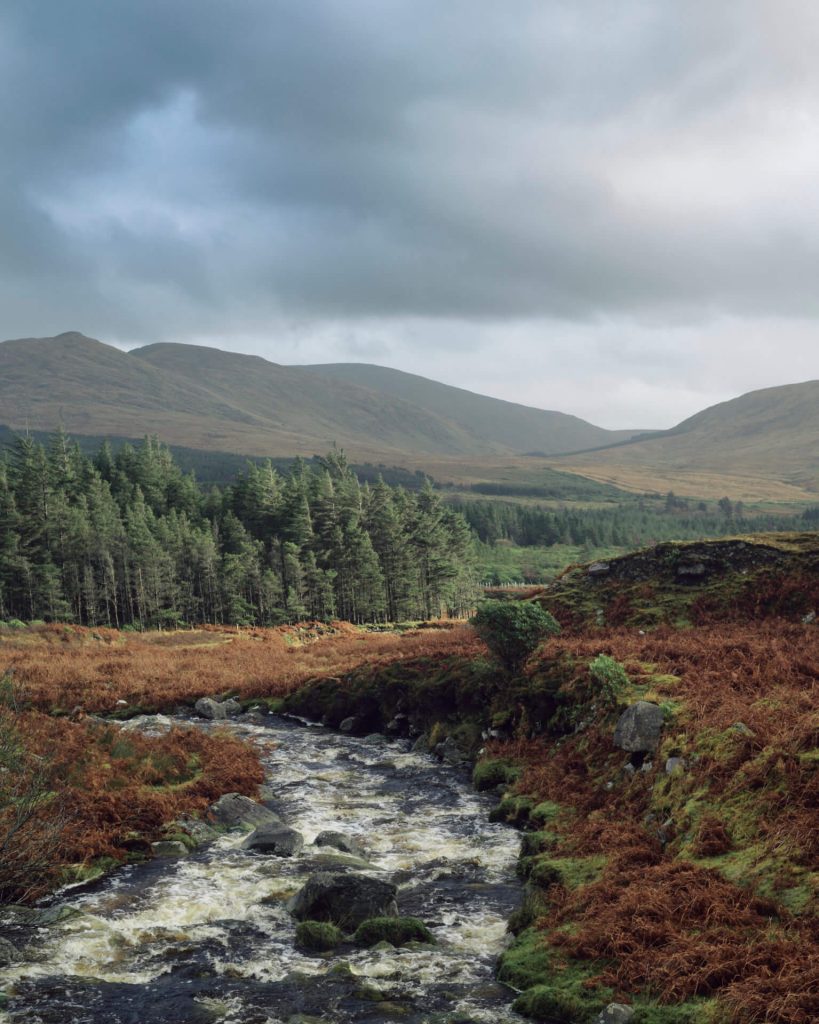 When I got back to the car and removed my boots I found that my socks were wet, and since I’ve never needed to bring spare socks before I had to carry on with wet feet. I spent the next few hours exploring the surrounding area and although the weather wasn’t great there were the occasional moments of nice light where I was able to get off a few shots. 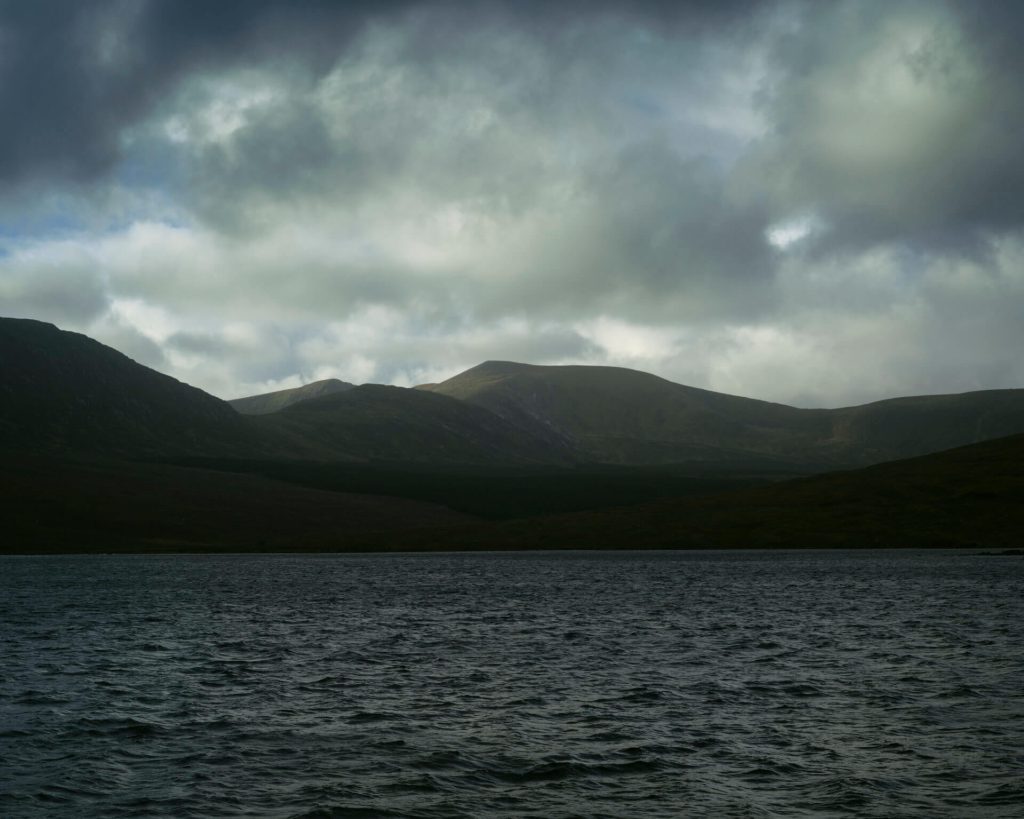