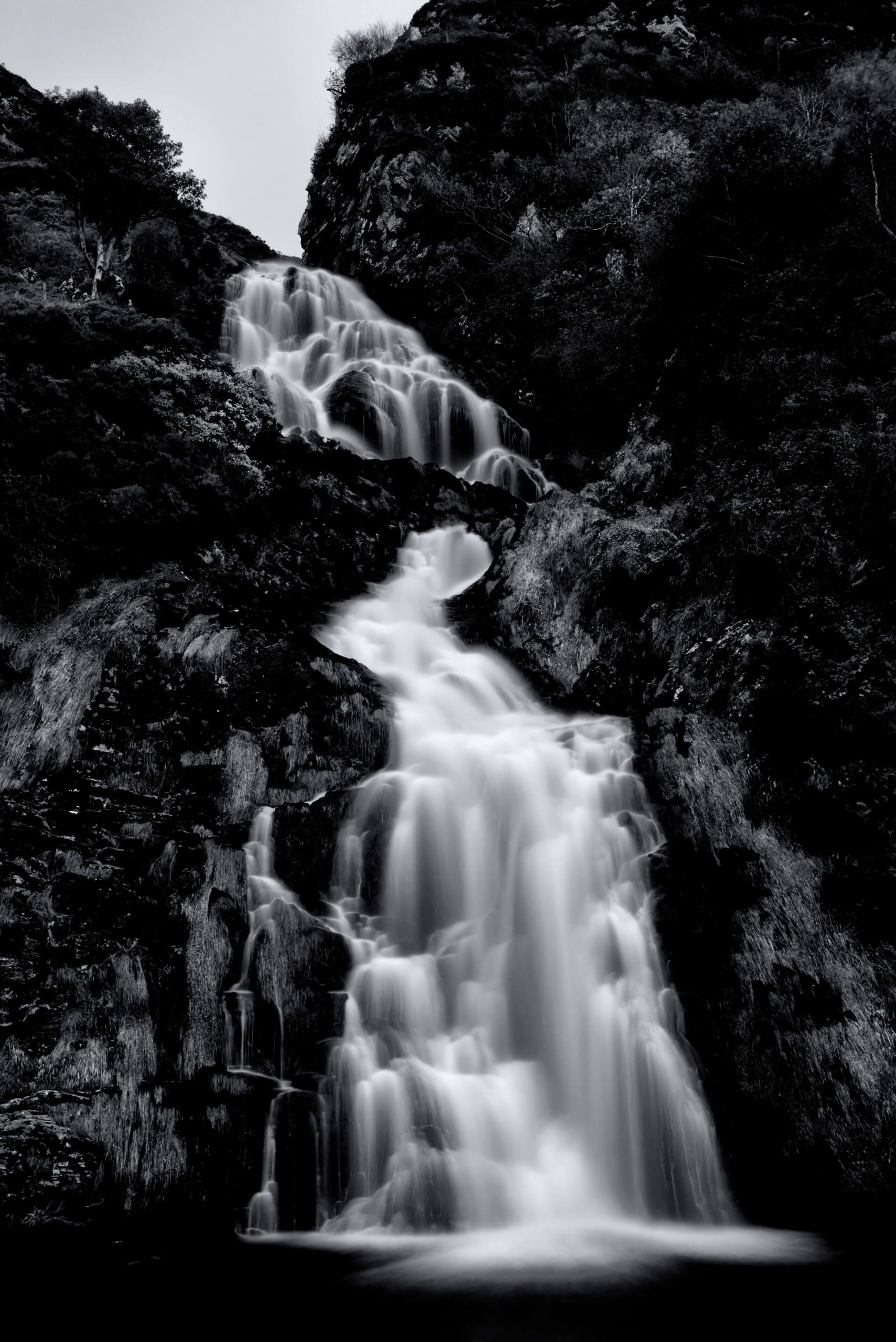 Hands down, for me, the most difficuly thing in landscape photography is actually finding the time to do it. Between work, a family and life in general there just aren’t that many opportunities, especially when you consider that on this trip to Donegal I left my house at 6:30 and didn’t return for 12 hours.

On my return I was wrecked and aching all over, but I’d had a good day so I was happy. My first stop was Assaranca Waterfall. I couldn’t really find a satisfactory viewpoint from which to photograph it. In the river seemed to be the best place but it wasn’t practical. So I shot the waterfall from the bank with my 35mm lens instead.

I then headed up towards the lough that the waterfall seemed to be flowing from. But on the way I pulled over on a road that overlooked an outstanding view and decided to spend some time there instead. From there I headed back the way I came because I had spotted some possible locations on the way to the waterfall. One of which produced the image below.

I had to hop over a stone wall and didn’t think to take off my camera bag before doing so. The tripod, when strapped to my camera bag, hangs much lower than the bottom of the bag and caught on the wall while I was still on my way to the ground on the other side, flipping me to land horizontally. Luckily there was no one around to witness my pratfall but for a few sheep and they didn’t take any interest.

I left the area with the intention of returning again to explore it properly and next went to Kilclooney Dolmen. I never would have found it were it not for my phone. I got a new one there recently and it’s quite remarkable how the technology is so good now that it doesn’t really matter where you are anymore, you can get information wherever you go. I was able to go online and find clear instructions on how to get to the dolmen, without which I would have either found it only after exhausting all other options or I would have given up.

It also came in pretty handy when I managed to get to Doon Fort and wanted to learn a little about it. Doon Fort is a medieval fort situated on an island in the middle of a lough in a really remote and really spectacular part of Donegal. And thanks to the new phone I was able to look up its history while I was standing overlooking the fort. Not that there’s much to read, but I did find it satisfying to read how the fort was “impossible to get to”. For the record it is very, very difficult to get to, but not impossible.