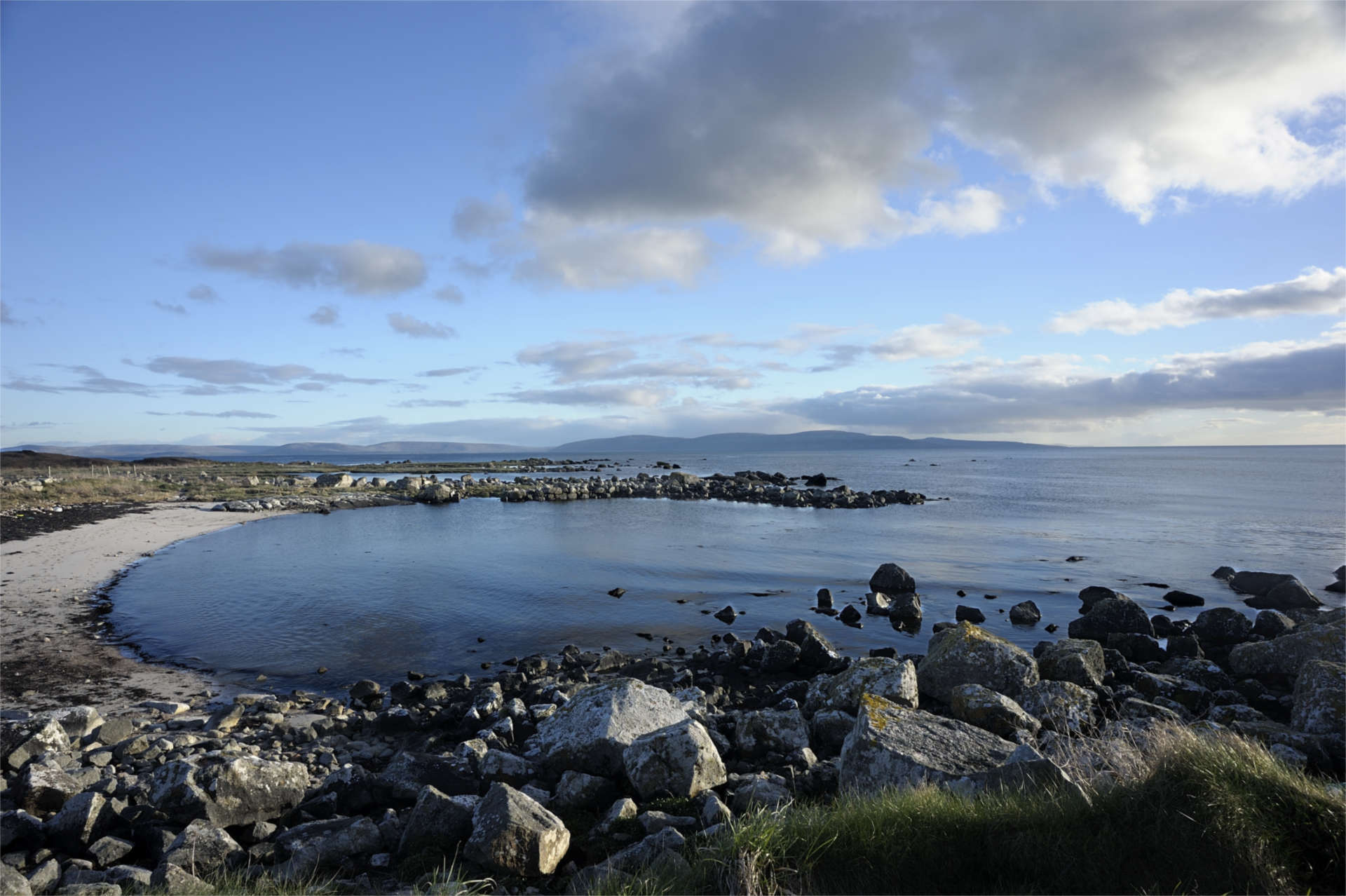 I set off in my car for a lake that I saw on my map that I thought might be good to photograph. I took a wrong turn and ended up in Na Forbacha. So I parked by Padraicins pub and took a walk along the beach. On my way back I stopped to take this shot. I had my gear set up and was waiting for the sun to pop out from behind the clouds to light up the foreground, when I turned to find that tide had come in and my way back to the car was under water! I quickly scooped up my gear and legged it. I didn’t actually know that I had this shot until I downloaded the memory card after shooting something else the following week.