I suppose you wouldn’t think of how physically gruelling it is to be a landscape photographer unless you are one (or maybe if you live with one). I forget myself, of course, and keep planning ever more ambitious distances and locations.

I’d been wanting to photograph the above view of Achill Island for some time, had attempted it once of twice and gotten nothing but disappointment. I made a 5am start so as to have enough time to get to the location and set up in time for sunrise. I hadn’t slept for long enough and the almost 2 hour drive was taxing. Conveniently there’s a road that leads up to a booster station on top of a mountain, and from there it’s maybe a 20 minute hike over rough and boggy terrain to the summit.

I saw a dark cloud creeping towards me from the north, dumping rain into the Atlantic. What I should have done is take shelter to the southern side of a nearby cairn, but I just waited until I felt the first rain drops to get my poncho out of the bag. Leaving it to the last minute left me trying to get my head through a too-tight head hole as the rain came down in sheets. By the time I figured out that there’s a zip my gloves were soaked.

I didn’t notice at first because I was wearing waterproof trousers and my jacket is thick enough to survive a short shower like that so the rest of me was dry, but after maybe 10 minutes my hands were in agony. I pulled off the gloves with numbed fingers and tried all sorts of tricks to try and get some heat back in to my hands.

The sun rose but the rain cloud was now blocking its light. It wasn’t very windy (I couldn’t have spent long up there if it was) so its progress was frustratingly slow, but eventually little patches of light started appearing on the headland. However this was also teasingly slow. By the time the scene was sufficiently illuminated my unprotected hands were suffering. I didn’t take as long as I would have liked to get the shot (especially considering it was going to be a panoramic image stitched together from multiple shots) because I was starting to worry about my fingers. The sun thankfully provided some heat and the fingers returned to normal but by the time I got back to the car it felt as if I’d whacked the tips with a hammer.

From Achill I drove to Belmullet where I spotted Tallagh Towers below. 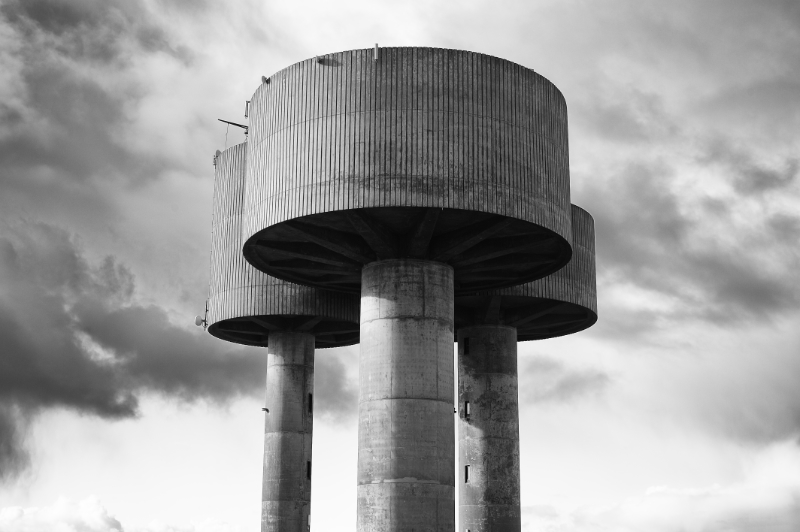 From there I drove to Blacksod Lighthouse and by then I was fairly tired and decided to head for home. Home however was a 2.5 hour drive. By the time I got home I’d driven 400 km and my lower back and right leg were aching.

It takes a few days for me to get over a trip like that and start feeling the urge to do another.